Rasika Mathur net worth: Rasika Mathur is an American actress and comedian who has a net worth of $500 thousand. Rasika Mathur was born in Houston, Texas in September 1976. She moved to Chicago and studied improvisation at The Second City. Mathur is perhaps best known for starring on the television series Wild 'N Out from 2005 to 2013. She has appeared in the films Melvin Goes to Dinner, Cloverfield, The Taqwacores, Crazy, Stupid, Love., and Shotgun Wedding. Mathur has also appeared in episodes of the TV series The Andy Dick Show, Stacked, Free Ride, My Name is Early, Weeds, Childrens Hospital, and The McCarthys. Mathur appeared in the shorts Missing Sock, Don't Fear the Reaper, Totally Real TV, BBQ Bill, An Inconvenient Penguin, Nilam Auntie: An International Treasure, The King's Speech Parody LOL, Doctors Without Boundaries, and Just for You. She released her debut musical comedy album The Sari (W)rap in 2010. 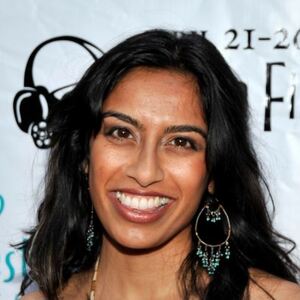