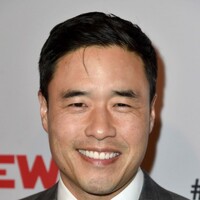 What is Randall Park's Net Worth and Salary?

Randall Park is an American actor, comedian, writer, and director who has a net worth of $5 million. Randall Park is an actor, writer, and comedian, best known for his roles on the television series "Fresh Off the Boat" and "Veep" and for his work on such web series as "Dr. Miracles" and "IKEA Heights." He also co-wrote and co-starred in the 2019 Netflix romcom "Always Be My Maybe." Among his other credits, Park played Agent Jimmy Woo in the Marvel Comics film "Ant-Man and the Wasp" and the Marvel television miniseries "WandaVision."

Randall Park was born on March 23, 1974 in Los Angeles, California to Korean immigrant parents. His mother worked as an accountant at UCLA, while his father owned a one-hour photo shop. As a teen, Park went to Hamilton High School. He then attended UCLA, where he co-founded the school's longest-running on-campus Asian American theatrical company, LCC Theatre Company. The group made its debut with the play "Treehouse Bachelor Society," which Park wrote. In 1997, Park graduated from UCLA with a BA in English; he remained at the school to pursue a graduate degree in Asian American studies, earning his MA in 1999.

Following his graduation from UCLA, Park worked for a few years as a graphic designer at the weekly newspaper New Times LA. A little later, in 2001, he co-founded a theater group called Propergander with a few alumni from the LCC Theatre Company. The group went on to produce the play "The Achievers." During this time, Park began doing stand-up comedy, and was a member of the short-lived improv group the Legendary Stage Ninjaz.

Park acted on television for the first time in 2003. That year, he was in episodes of the series "Fastlane," "Reno 911!," and "Las Vegas." He subsequently appeared on "Alias," "ER," and "House." From 2005 to 2007, Park was part of the cast of the MTV sketch comedy game show "Wild 'N Out." During this time, he also made appearances on the sitcom "Four Kings," the soap opera "The Bold and the Beautiful," and the sketch comedy series "Mad TV." Park went on to appear in episodes of such shows as "iCarly," "The Sarah Silverman Program," "Eli Stone," "Gary Unmarried," "Curb Your Enthusiasm," and "Community."

Park had his biggest television role yet from 2011 to 2013, playing Martin Fukanaga on the Nickelodeon action-comedy superhero series "Supah Ninjas." While on the show, he also appeared in episodes of "CSI: Crime Scene Investigation," "New Girl," and "The Office." Park had another significant role on the HBO political satire series "Veep," playing fictional Minnesota governor Danny Chung from 2012 to 2017. His other credits during that time included episodes of "Mr. Box Office," "The Mindy Project," "Newsreaders," and "Robot Chicken." 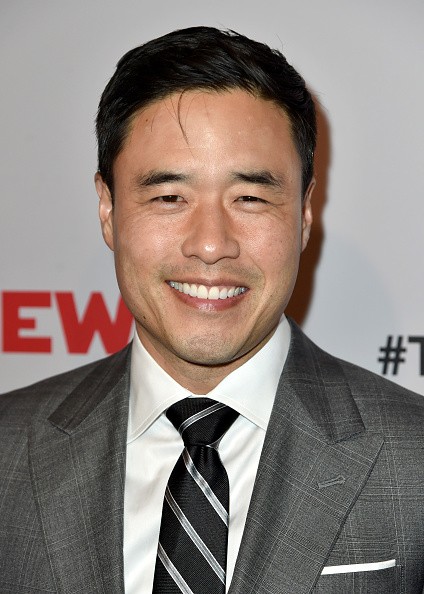 In 2015, Park began playing the main role of Louis Huang, the patriarch of a Taiwanese-American family, on the ABC sitcom "Fresh Off the Boat." A substantial hit, the series ran for six seasons through 2020. Park also appeared in the 2015 Netflix comedy series "Wet Hot American Summer: First Day of Camp." He was next in episodes of "Comedy Bang! Bang!," "Idiotsitter," "Childrens Hospital," "Dr. Ken," "Love," and "Angie Tribeca," among other shows. In 2020, Park was in four episodes of the Netflix comedy series "Medical Police."

In 2003, Park made his film debut in the short film "Dragon of Love." A couple years later, he co-wrote and starred in the feature film "American Fusion," directed by fellow UCLA alum Frank Lin. Park was subsequently in the comedies "The People I've Slept With," "Dinner for Schmucks," and "The 41-Year-Old Virgin Who Knocked Up Sarah Marshall and Felt Superbad About It." He continued to appear in myriad comedies over the ensuing years, including "Larry Crowne," "The Five-Year Engagement," and "They Came Together." In 2014, Park had a notable role in the action comedy "The Interview," portraying North Korean dictator Kim Jong-un. His subsequent credits were "Southpaw," "Trainwreck," "The Hollars," "Everything Before Us," "The Night Before," "The Meddler," and "Office Christmas Party."

Park was in five movies in 2017: "The Disaster Artist," "Snatched," "The House," "The Lego Ninjago Movie," and "Dismissed." The next year, he played Agent Jimmy Woo in the Marvel Comics movie "Ant-Man and the Wasp," and played Dr. Stephen Shin in the DC Comics movie "Aquaman." Park's other film credits have included "Long Shot," "Straight Up," "Valley Girl," and the Netflix romcom "Always Be My Maybe," which he also co-wrote.

For the Los Angeles-based short film festival Channel 101, Park has created, written, directed, and starred in a number of web series. Some of his notable web series are "Dr. Miracles," "IKEA Heights," "The Food," "Dumb Professor," and "Baby Mentalist," the lattermost of which featured his baby daughter.

On the musical side of things, Park served as a frontman for the Bay Area band Ill Again. Later, with that band's emcee Andrew Johnson, he formed the rap group Novelists. The group released an album entitled "Bookends" in 2008.

In 2008, Park wed actress Jae Suh Park, with whom he has a daughter named Ruby. The family lives in the San Fernando Valley in Los Angeles.