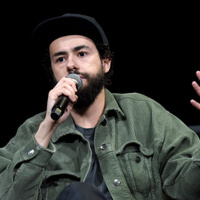 Ramy Youssef net worth: Ramy Youssef is an American stand up comedian and writer who has a net worth of $2 million. Ramy Youssef was born in New York City, New York in March 1991. From 2012 to 2014 he starred as Kevin on the television series See Dad Run. Youssef began starring as Ramy on the TV series Ramy in 2019. He had a recurring role as Samar Swailem on the series Mr. Robot in 2017. Ramy Youssef has appeared in the films Why Him? in 2016 and Don't Worry, He Won't Get Far on Foot in 2018. He appeared in the shorts On the Loose in 2009 and Scars in 2013 and has appeared in episodes of the TV series Above Average Presents and Gortimer Gibbon's Life on Normal Street. Youssef also wrote and created the TV series Ramy. In 2020 he was nominated for Best Performance by an Actor in a Television Series – Musical or Comedy for Ramy.