Ralphie May Net Worth

in Richest Celebrities › Richest Comedians
Ralphie May Net Worth:
$2 Million

His comedy career caught a big break at 17 when he won a contest to open for comedian Sam Kinison. It so happened that Kinison was May's idol. Kinison suggested that Ralphie move to Houston, Texas to further develop his comedy career. In 2003, May participated in the first season of Last Comic Standing, where he finished in second place behind Dat Phan. He subsequently appeared in numerous comedy shows such as The Wayne Brady Show and The Tonight Show with Jay Leno. He was the only white comedian to perform in the 2005 The Big Black Comedy Show, which also featured Mo'Nique, Rodman and Vince Morris. His album Just Correct was released in 2005 and since then he has recorded a total of seven Comedy Central specials: Girth of a Nation (2006), Prime Cut (2007), Austin-tatious (2008), Too Big to Ignore (2012). Imperfectly Yours (2013) and Unruly (2015). Mays also appeared in such films as For Da Love of Money and performed at the 2012 Gathering of the Juggalos. May was marred to fellow comedian Lahna Turner from 2005 to 2015. They had two children together, a daughter and a son. Unfortunately, Ralphie died on October 6, 2017 at the age of 45. His cause of death was reportedly cardiac arrest. 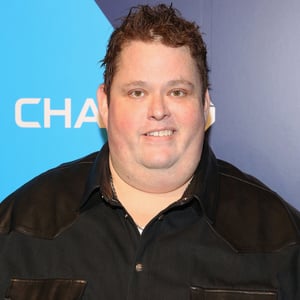