Phill Lewis net worth: Phill Lewis is an American actor, director, and comedian who has a net worth of $1.5 million dollars. Phill Lewis was born in Uganda, East Africa, where his father was stationed as the Associate Director of the Peace Corps. He began his professional acting career in the mid-80s, beginning with guest starring roles on such television shows as "Amen", "227", and "Charles in Charge".

He also began adding film work to his resume, appearing in such projects as "Heathers", "How I Got Into College", and "City Slickers". He was forced to take some time away from acting in the early 90s, after he caused a head-on collision while driving drunk, killing the woman in the other car. He returned to acting in the mid-90s, and has since gone on to appear in such film and television projects as "Sister, Sister", "Married… with Children", "Sparks", "Buffy the Vampire Slayer", "Friends", "That's So Raven", "The Big C", "Raising Hope", and "Good Luck Charlie". He is most widely recognized for his work on "The Wayans Bros", and for his co-starring role on "The Suite Life of Zack and Cody" and "The Suite Life on Deck". 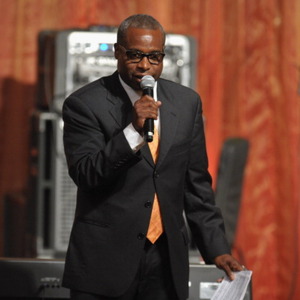