Phil Lamarr net worth: Phil Lamarr is an American actor, voice actor, comedian, and impressionist who has a net worth of $3 million. Phil Lamarr was born in Los Angeles, California in January 1967. He has over 350 acting credits to his name including many voice roles but is likely best known for his run of the television series MADtv from 1995 to 2000. Lamarr has starred in the movies It's Pat, Pulp Fiction, Bio-Dome, and Step Brothers. Lamarr has voiced roles in the films The Powerpuff Girls Movie, Kim Possible Movie: So the Drama, The Proud Family movie, TMNT, Madagascar: Escape 2 Africa, Beverly Hills Chihuahua 3: Viva la Fiesta!, and more. He has also done work for the animated series Justice League and Futurama and video games including Metal Gear Solid 2 and 4, Final Fantasy XII, and Angry Birds Toons. Lamarr has won seven Behind the Voice Actors Awards. 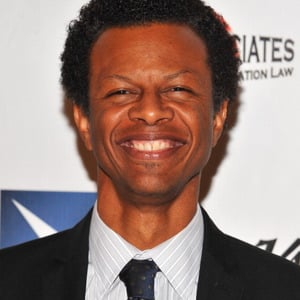