What Was Phil Hartman's Net Worth and Salary?

Phil Hartman was a Canadian-American actor, comedian, screenwriter, and graphic artist who had a net worth equal to $3 million at the time of his death. Known as "The Man of a Thousand Voices," Hartman was a cast member and writer on the NBC sketch comedy series "Saturday Night Live" from 1986 to 1994, and he played Bill McNeal on the critically-acclaimed NBC sitcom "NewsRadio" from 1995 until his death in 1998. Phil voiced Troy McClure, Lionel Hutz, and other character on the Fox animated series "The Simpsons" from 1991 to 1998, and he played Captain Carl in "The Pee-wee Herman Show" (1981) and "Pee-wee's Playhouse" (1986) after helping Paul Reubens develop the character of Pee-wee Herman as a member of The Groundlings. He was also a writer on "The Pee-wee Herman Show" and "Pee-wee's Playhouse" as well as the 1985 film "Pee-wee's Big Adventure."

At the time of his death, Phil's estate was worth an estimated at $1.23 million. That's the same as around $3 million today after adjusting for inflation. The majority of that wealth was from the value of his home. The money was left to his two children, to be distributed in installments after their 25th birthdays.

Phil Hartman was born Philip Edward Hartmann on September 24, 1948, in Brantford, Ontario, Canada. He was the son of Rupert (a seller of building materials) and Doris Hartmann, and he had seven siblings. Phil grew up in a Catholic household, and when he was 10 years old, the family moved to the U.S., settling in Lewiston, Maine. The Hartmann family later lived in Meriden, Connecticut, before moving to the West Coast. Phil attended Westchester High School in Los Angeles, where he was the class clown. After graduating from high school, he enrolled at Santa Monica City College, but he left in 1969 to be a roadie for a rock band. In 1972, Hartman began studying graphic arts at California State University, Northridge, and after launching his own graphic art business, he created dozens of album covers, such as Steely Dan's "Aja" and America's "Harbor," as well as the Crosby, Stills & Nash logo.

Phil joined the improv comedy group The Groundlings in the '70s and helped Paul Reubens create Pee-wee Herman and the live stage show "The Pee-wee Herman Show," which aired on HBO in 1981. He played Captain Carl in that show and the CBS series "Pee-wee's Playhouse," and he appeared as a reporter in 1985's "Pee-wee's Big Adventure." Hartman's first film was 1978's "Stunt Rock," and he made his TV debut in a 1979 episode of "The Dating Game" (which he won). In the '80s, he appeared in the films "The Gong Show Movie" (1980), "Cheech & Chong's Next Movie" (1980), "Pandemonium" (1982), "Last Resort" (1986), "Jumpin' Jack Flash" (1986), "Three Amigos!" (1986), and "Fletch Lives" (1989). In 1986, Phil joined the cast of "Saturday Night Live" after his friend Jon Lovitz recommended him to Lorne Michaels, telling him, "If you think I'm good, you should see Phil. He's even better!" Hartman was known as "Glue" for "his ability to hold the show together," and he played recurring characters such as Unfrozen Caveman Lawyer and the Anal Retentive Chef and impersonated Bill Clinton, Frank Sinatra, Ed McMahon, Phil Donahue, and many others. Phil left "SNL" in 1994, but he returned to host the show twice in 1996. 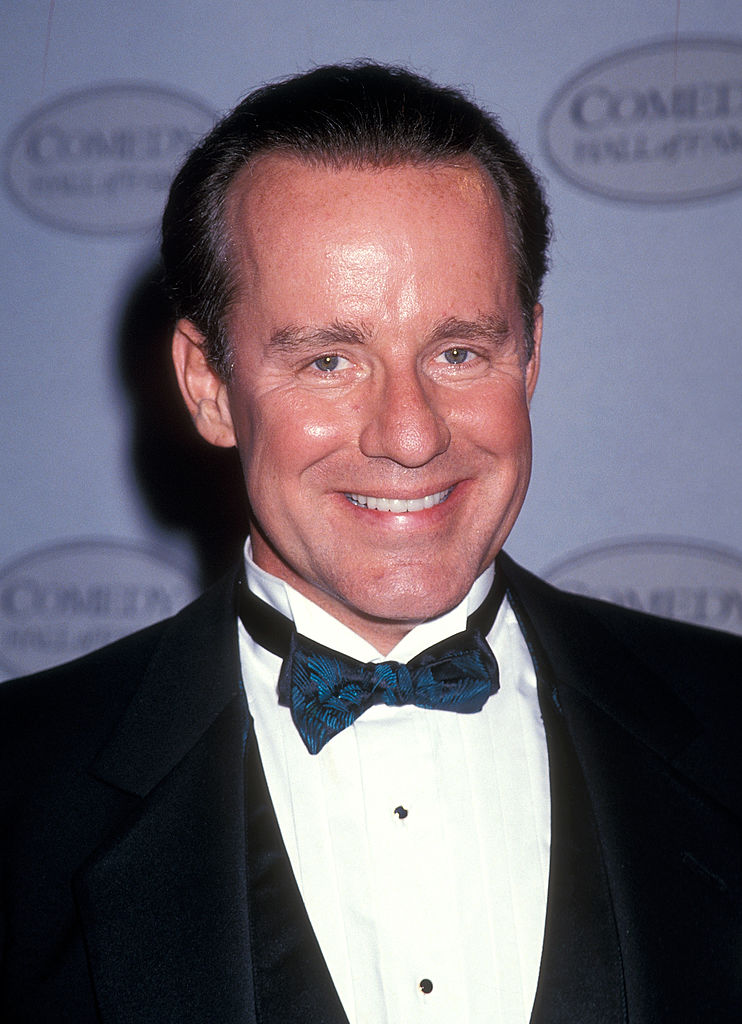 Phil married Gretchen Lewis on March 12, 1970, and they divorced in 1972. He then wed real estate agent Lisa Strain on December 18, 1982, and they divorced in 1985. On November 25, 1987, Hartman married aspiring actress/former model Brynn Omdahl, and they welcomed son Sean in 1988 and daughter Birgen in 1992. Brynn was reportedly jealous of Phil's career and of other women in his life, and she once sent a letter to Strain in which she threatened to "rip [her] eyes out" if she ever spoke to Hartman again. During the marriage, Brynn went to rehab several times because of drug and alcohol abuse, and Phil sometimes sent their children to stay with family or friends as a result of her behavior when she was under the influence.

On May 27, 1998, Phil and Brynn had a "heated argument" after Brynn returned home from the Encino restaurant Buca di Beppo, where she'd had drinks with writer/producer Christine Zander. After Phil went to bed, Brynn entered their bedroom around 3 a.m. and shot him three times as he slept, killing the beloved 49-year-old comedian. At the time of the murder, Brynn had cocaine, Zoloft, and alcohol in her system. After murdering Phil, Brynn went to see her friend Ron Douglas and told him what had happened, but Douglas didn't believe her. They drove to the Hartman home separately, and Ron called 9-1-1 after finding Phil's body. The police arrived, and as they were escorting the children out of the house, a gunshot was heard inside. Officers rushed into Phil and Brynn's bedroom and discovered that Brynn had died of a self-inflicted gunshot wound. Hartman was cremated, and his ashes were scattered over Emerald Bay on Santa Catalina Island. Sean and Birgen were taken in by Brynn's sister Katharine and brother-in-law Mike, and in 1999, her brother Gregory sued Pfizer, the company that manufactures Zoloft, for wrongful death.

"NewsRadio" paid tribute to Hartman and his character, Bill McNeal, in the show's season five premiere, "Bill Moves On," and the cast broke down in tears several times while filming the episode. Stephen Root, who played Jimmy James on the series, said of the heart-wrenching episode, "We read it once on the day that we usually do, on a Monday. We all cried through it and we all decided, unilaterally that we weren't going to rehearse this show… And it was pretty tearful to shoot, but it was cathartic that we did something within the fictional structure that was real, because we really hurt that he was no longer there." "Entertainment Weekly" ranked Phil #87 on it's 2007 "Greatest TV Icons" list, and "Maxim" ranked him #1 on its list of "The Best 'Saturday Night Live' Performers." "The Simpsons" retired Hartman's characters after his death and dedicated his final episode, "Bart the Mother," to him. In 2002, Phil's brother John collaborated with Laugh.com to release the album "Flat TV," which consists of sketches Hartman recorded in the '70s. In 2012, the Canadian Comedy Awards began presenting the Phil Hartman Award in his honor, to be awarded to "an individual who helps to better the Canadian comedy community." In 2015, Phil was ranked #7 on "Rolling Stone" magazine's "insanely ambitious, ruthlessly exhaustive ranking of every 'SNL' player ever." 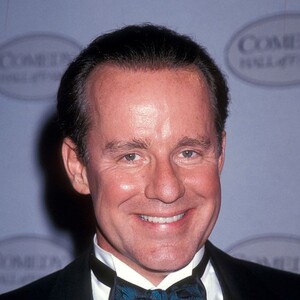