Peter Dante net worth and salary: Peter Dante is an American actor and producer who has a net worth of $10 million. Though, it should be noted that the majority of Peter Dante's net worth is attributable to his wife, Cynthia Pett-Dante. Cynthia is Brad Pitt's manager. Peter Dante is most famous for appearing in a number of comedy films alongside Adam Sandler. Early in his career Dante was briefly featured in The Larry Sanders show and The Jeff Foxworthy show before he took on some pretty outrageous roles in several Happy Madison films (the production company owned by Adam Sandler). He appeared in The Waterboy, Little Nicky, Grandma's Boy and Big Daddy, to name a few. Dante also had a small part in The Wedding Planner.

Dante was a writer, producer and actor for the film Grandma's Boy. In the film, he portrayed an odd-ball drug dealer that has a pet monkey….a lion and an elephant. Grandma's Boy became a comedy classic, winning a string of honors in High Times magazine's 2006 Stony Awards. It's hard to believe that upon its release, Grandma's Boy received an icy reception from film critics. Grandma's Boy generated $7 million at the box office but clocked up over $30 million in DVD sales. There's no end to Dante's talents as he is also a musician and singer/songwriter. He is a member of Red Omen music group, working alongside Dirt Nasty, DJ Troublemaker and Benji Madden. He also recorded with Adam Sandler and Buck Simmonds.

Peter Dante is a graduate from Hofstra University, where he was a lacrosse player in the late eighties. He is now a proud and avid supporter of the team and has been seen on the sidelines coaching teams within the LXM Pro Lacrosse Tour. Dante is not the only star who is mad about lacrosse, as Adam Sandler and Brad Pitt are also massive fans of the team. When he can tear away from this number one team, Dante is an assistant coach for the Loyola Marymount University Lions. If you ever want to meet Mr. Dante, you can find him at least one night a week at bar called J.P.'s in Santa Monica, California where he will likely buy you a drink and let you pick songs on the karaoke machine using his phone app.

Legal Issues: In 2018 Peter and his wife Cynthia were sued by Megan Fox over a Malibu home they sold the actress in 2016 for $3.2 million. Megan sued the couple seeking $5 million in damages for selling them what she referred to as a "money pit" with serious issues including a serious mold problem. In 2009, Peter sought a restraining order to protect himself, his two sons and his wife from the husband of a woman Peter allegedly spoke to on the phone in an allegedly romantic way. The man reportedly called Peter and threatened to cut his genitals off and shove them down his throat. 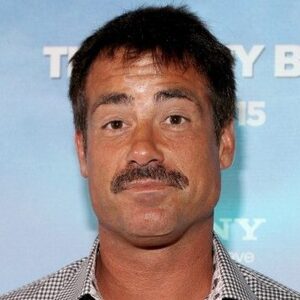