What Is Pete Holmes' Net Worth?

Pete Holmes is an American comedian, actor, producer, writer, and podcaster who has a net worth of $4 million. He hosted "The Pete Holmes Show" on TBS from 2013 to 2014, and he starred on HBO's "Crashing" from 2017 to 2019. Pete created, wrote, and executive produced both shows. Holmes also played the lead role of Tom Smallwood on the CBS sitcom "How We Roll" (2022), and he has hosted the podcast "You Made It Weird with Pete Holmes" since 2011.

Pete Holmes was born Peter Benedict Holmes on March 30, 1979, in Boston, Massachusetts. His mother is a Lithuanian refugee, and his father's heritage is Irish. Pete's brother is a composer who goes by the name Dr. Holmes. After graduating from Lexington High School, Pete enrolled at Gordon College, where he majored in communications and English. As a college student, Holmes joined a punk rock band as well as the improv comedy troupe The Sweaty-Toothed Madmen. With the encouragement of his mother, Pete initially planned on becoming a youth pastor before deciding to become a comedian, and he told CNN in 2019, "I sort of joke that they both like public speaking, right? And certainly the type of comedy I'm doing, I would like everyone to leave feeling less afraid and less alone. I think she wanted me to be a youth pastor because I talked about the tumult in my family. I was always calming the family down or trying to keep a fight from happening. I think my mom recognized that I liked people to be happy. I like people to get along. And I like to be a peacemaker. And I liked the church. So she was like, you should be a youth pastor." After failing to find success as a comedian in Massachusetts, Holmes moved to Sleepy Hollow, New York, followed by Chicago and Los Angeles. 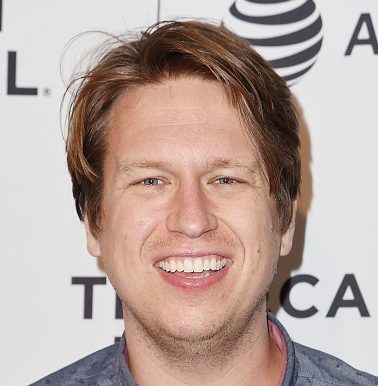 In the early days of his comedy career, Pete was involved in the Christian comedy circuit, and he performed on Comedy Central's "Premium Blend" in 2005. He got his own episode of "Comedy Central Presents" in 2010, and he provided the voice of the E-Trade baby in numerous TV commercials (which he also wrote). Holmes wrote a 2011 episode of NBC's "Outsourced" and a 2012 episode of Fox's "I Hate My Teenage Daughter," and from 2010 to 2013, he voiced Toby on Comedy Central's "Ugly Americans." He released his first comedy album and special, "Impregnated with Wonder," in 2011, followed by 2013's "Nice Try, The Devil," 2016's "Faces and Sounds," and 2018's "Dirty Clean." Pete executive produced all his comedy specials except "Impregnated with Wonder." He appeared on the television shows "The Jeselnik Offensive" (2013), "Maron" (2013), and "Mulaney" (2014) and in the 2014 documentary "I Am Road Comic." From 2013 to 2014, he hosted "The Pete Holmes Show," which aired after "Conan" and was produced by O'Brien's production company, Conaco.

In 2016, Pete appeared in the film "Don't Think Twice," which was written and directed by fellow comedian Mike Birbiglia, and from 2017 to 2019, he starred on the HBO series "Crashing." Holmes created, wrote, and produced "Crashing," and the series aired 24 episodes over three seasons and featured cameos from numerous comedians, including Hannibal Buress, Sarah Silverman, Dave Attell, Gilbert Gottfried, Bill Burr, John Mulaney, Ray Romano, and Amy Schumer. Pete wrote the "Warrin' Priests" and "Warrin' Priests Part 2" episodes of "The Simpsons" in 2020, and he voiced Bode Wright in both episodes. In 2019, he voiced Chuck in "The Secret Life of Pets 2," which grossed $446.3 million at the box office. In 2021, Holmes played Uncle Blake in the Disney+ film "Home Sweet Home Alone," the sixth installment in the "Home Alone" franchise, and in 2022, he starred as Tom Smallwood on the CBS sitcom "How We Roll."

Pete married his first wife at the age of 22, and they divorced in 2007 after she had an affair. Holmes then wed Valerie Chaney in 2017, and they welcomed daughter Lila Jane in September 2018. In August 2020, he launched a "You Made It Weird" spin-off called "We Made It Weird," which is described as "Pete and Val, the one night they have a babysitter, catch up and get INTO it." Holmes has referred to himself as "Christ-leaning," and he told the New Zealand publication "Stuff" in 2017, "All my friends are atheists for sure. At a certain point that stops becoming so important between friends. When I talk to an atheist and they say they don't believe in god, after we talk for 10 minutes we realize that neither of us believe in that guy." Pete also said in the interview that he's a vegan and "as L.A. as you get." 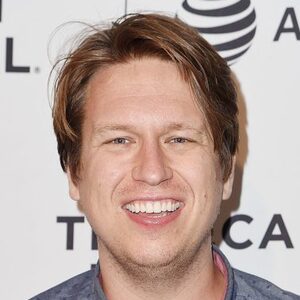