Paul Soter net worth: Paul Soter is an American actor, comedian, writer, and director who has a net worth of $900 thousand. Paul is a member of the Broken Lizard comedy group which produced several films, notably 2001's Super Troopers and 2018's Super Troopers 2.

Paul Soter was born in Sacramento, California in 1969. While attending Colgate University he met Jay Chandrasekhar, Kevin Heffernan, Steve Lemme, Paul Soter and Erik Stolhanske. They formed a sketch comedy troupe which produced live shows. After graduating they reunited in New York City where they formed under the new name "Broken Lizard". They performed at various comedy clubs and improv theaters while writing in their free time. In 1996 they made the self-funded short film Puddle Cruiser which was accepted at the Sundance Film Festival the following year. In 2001 they self-funded the movie Super Troopers which went on to earn $23.5 million on an original budget of $1.5 million.

As an actor Soter appeared in the 1996 film Puddle Cruiser. In 2001 he starred as Foster in the movie Super Troopers. Lemme starred as Dave in the movie Club Dread in 2004 and as Rick Shakely in the film The Dukes of Hazzard in 2005. In 2006 he starred as Jan Wolfhouse in the movie Beerfest. He has also starred in the 2009 movie The Slammin' Salmon, the 2012 movie Freeloaders and the 2018 movie Super Troopers 2. He has been a writer for the movies Puddle Cruiser, Super Troopers, Club Dread, Beerfest, Watching the Detectives, The Slammin' Salmon, and Dark Circles. Soter has directed the movies Watching the Detectives and Dark Circles. 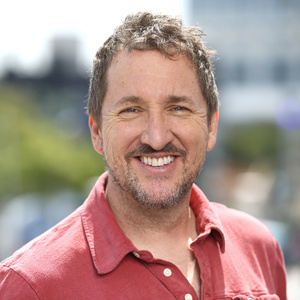