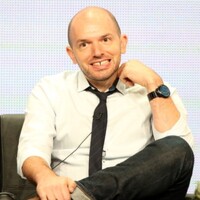 What Is Paul Scheer's Net Worth?

In 2010, Scheer and Raphael began co-hosting the podcast "How Did This Get Made?" with Jason Mantzoukas.

Paul Scheer was born Paul Christian Scheer on January 31, 1976, in Huntington, New York. He grew up in Huntington, Bayshore, Northport, and Central Islip (all on Long Island) with mother Gail Ann and father William, and he attended Catholic schools. As a high school student, Paul took classes with the Chicago City Limits improv troupe, and he later became the youngest member of their touring company. After graduating from St. Anthony's High School, Scheer enrolled at New York University "because Theo Huxtable went there," and he majored in education and communication.

In 1998, Paul began performing with NYC's Upright Citizens Brigade (UCB) and joined the improv group Respecto Montalban, which also included Rob Huebel, Jack McBrayer, Rob Riggle, and Dannah Feinglass. In 2003, Respecto Montalban won an ECNY (Emerging Comics of New York) Award for Best Improv Show. From 1998 to 2000, Scheer appeared on Comedy Central's "Upright Citizens Brigade," and after moving to Los Angeles in 2005, he began performing at the UCB Theatre there. He made his film debut in 2004's "Blackballed: The Bobby Dukes Story," and he soon appeared in "School for Scoundrels" (2006), "Watching the Detectives" (2007), "The Onion Movie" (2008), and "Meet Dave" (2008). From 2007 to 2008, Paul co-starred with Aziz Ansari and Rob Huebel on MTV's "Human Giant" (which the three also co-created) and guest-starred on two episodes of "30 Rock." In 2009, he appeared in "Bride Wars" (which was written by his wife and her best friend, Casey Wilson) and "Year One," followed by "Piranha 3D" (2010) and "Piranha 3DD" (2012). From 2009 to 2015, Scheer starred on the FX series "The League," which aired 84 episodes over seven seasons, and during this time, he also played the lead role on Adult Swim's "NTSF:SD:SUV::.," co-starring with Raphael. He co-starred with his wife again in 2013's "Ass Backwards" (which was written by Raphael and Wilson), and that year, he also appeared in the horror comedy "Hell Baby' and the supernatural comedy "Rapture-Palooza." 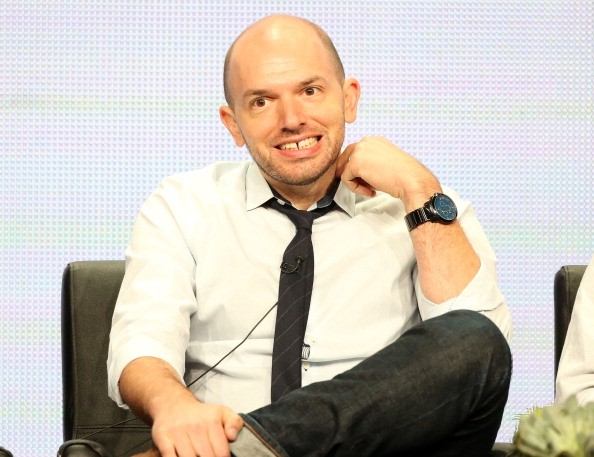 Paul began a relationship with actress/writer June Diane Raphael in 2004 after the Upright Citizens Brigade Theatre's artistic director enlisted him to give Raphael and Casey Wilson tips on how to improve their two-woman sketch show, "Rode Hard and Put Away Wet." Paul and June moved to Los Angeles in 2005, and they married on October 5, 2009, at the Santa Barbara Museum of Natural History. The couple has two sons, August (born April 2014) and Sam (born August 2016).

In a 2015 interview, Scheer revealed that he practices Transcendental Meditation, stating, "I feel like that centers me in a good way to be open to new stuff or at least calm the other parts of my mind down."

In 2010, Paul organized the charity event "A Night of 140 Tweets" with Ben Stiller. The event featured numerous actors and comedians, such as Will Ferrell, Mindy Kaling, and Aziz Ansari, and it was released as an online download and a DVD, raising more than $500,000 for Haiti.

"The Amazing Gayl Pile" was named Best Comedy at the 2019 HollyWeb Festival, and it was nominated for Best Web Series – Comedy at the 2019 Indie Series Awards and Best Web Program or Series, Fiction at the 2021 Canadian Screen Awards. Scheer and his "Veep" co-stars won a Screen Actors Guild Award for Outstanding Performance by an Ensemble in a Comedy Series in 2018, and "The Disaster Artist" earned a Best Cast nomination at The BAM Awards in 2017. Paul has also received four Streamy Award nominations: Best Actor in a Comedy for "The ArScheerio Paul Show" (2014), Best Actor for "Scheer-RL" (2015), and Best Ensemble Cast for "The ArScheerio Paul Show" (2014) and "The Hotwives of Orlando" (2015).

In March 2019, Paul and June put their 1,543 square foot home in the Los Feliz area of Los Angeles on the market for $1.499 million. The couple purchased the three-bedroom, three-bathroom home for $1.05 million six years earlier.