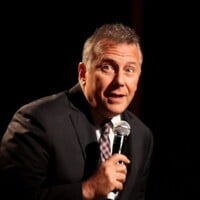 What is Paul Reiser's Net Worth and Salary?

Paul Reiser is an American actor, comedian, writer, and musician who has a net worth of $75 million. Reiser earned his net worth from film, television sitcoms, stand-up comedy, and books. He is also a savvy real estate investor. One of his most famous real estate deals involves a house in Beverly Park – a gated community in Beverly Hills. As we detail later in this article, Paul bought the house in 1998 for $6 million and sold it in 2021 to Dwayne "The Rock" Johnson for $28.7 million.

Mad About You Salary

That per-episode pay made them both the highest paid television actors in the world at that point.

Paul Reiser was born on March 30, 1956, in New York City, New York. His mother, Helen, was a homemaker, and his father, Sam, was a wholesale health food distributor. Paul has three sisters and studied at the East Side Hebrew Institute and Stuyvesant High School. He then enrolled at Binghamton University, majoring in music and appearing in theatrical productions at the Hinman Little Theater. During summer breaks, Reiser performed stand-up comedy at New York City clubs.

Paul then appeared in the films "Crazy People" (1990) and "The Marrying Man" (1991) before co-creating and starring in the NBC sitcom "Mad About You." The critically-acclaimed show aired 164 episodes during its seven-season run and earned more than 40 awards, including a Golden Globe for Best Television Series – Musical or Comedy (1995). While starring on "Mad About You," Reiser appeared in several films, such as 1995's "Bye Bye Love" and 1999's "The Story of Us." In 1995, he hosted both the 37th Annual Grammy Awards and "Saturday Night Live." In 2001, Paul starred in the TV movie "My Beautiful Son" and the feature films "One Night at McCool's" and "Purpose," then he guest-starred as himself on a 2002 episode of HBO's "Curb Your Enthusiasm." Reiser then appeared in the 2005 documentary "The Aristocrats" and 2009's "Funny People," which was directed by Judd Apatow and starred Adam Sandler and Seth Rogan as well as a slew of stand-up comics playing themselves.

In 2011, he began starring on NBC's "The Paul Reiser Show," a semi-autobiographical sitcom, but it was canceled after airing just two episodes. Paul has had recurring or regular roles on numerous TV series since, including "Married" (2014–2015) and "Red Oaks" (2014–2017), and he has played Dr. Sam Owens on the sci-fi series "Stranger Things" since 2017. He also appeared in the 2013 HBO movie "Behind the Candelabra" (2013), the 2014 award-winning drama "Whiplash," the 2014 zombie comedy "Life After Beth," and the 2018 comedy/spy thriller "The Spy Who Dumped Me." In 2020, he appeared in the Netflix movie "Horse Girl," and his film "Fatherhood" was set to be released in April but was delayed until 2021 due to the Coronavirus pandemic. 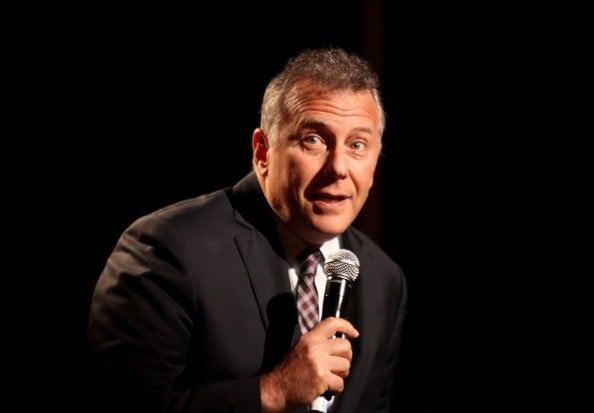 Paul wed Paula Ravets on August 21, 1988, and they welcomed sons Ezra and Leon in 1995 and 2000, respectively. Reiser is the cousin of legal scholar Richard Epstein and screenwriter/producer Will Reiser, who wrote the 2011 Seth Rogen-Joseph Gordon-Levitt film "50/50."

Since 1998, Paul's primary residence has been a 14,500 square-foot mansion on 3.6 acres in an exclusive Beverly Hills gated community called Beverly Park. His mansion was built in 1993 by musician Alex Van Halen. Alex sold to Paul for $6 million. Nearby neighbors include Sylvester Stallone, Eddie Murphy and Justin Bieber.

In April 2021 it was revealed that Reiser had sold his Beverly Park home to Dwayne "The Rock" Johnson for $28.7 million.