How much is Paul F. Tompkins Worth?

Paul F. Tompkins net worth: Paul F. Tompkins is an American comedian, actor, and writer who has a net worth of $2 million. Paul F. Tompkins was born in Philadelphia, Pennsylvania in September 1968. He is known for being featured on the TV series Mr. Show with Bob and David, Real Time with Bill Maher, and Best Week Ever/Best Week Ever with Paul F. Tompkins. From 2000 to 2001 Tompkins starred as Sullivan Pope on the television series DAG. Since 2014 he has voiced the role of Mr. Peanutbutter on the animated series BoJack Horseman. Tompkins has starred in the movies Anchorman: The Legend of Ron Burgundy, Tenacious D in The Pick of Destiny, Super High Me, There Will Be Blood, The Informant!, and Jason Nash Is Married. He has also appeared in episodes of the TV series The Daily Show, NewsRadio, Frasier, Weeds, Pushing Daisies, Community, Curb Your Enthusiasm, and Key & Peele. Tompkins has also released seven comedy CDs and DVDs. He has appeared on many podcasts including Comedy! Bang! Bang!. Tompkins was nominated for a Primetime Emmy Award in 1998 for Mr. Show with Bob and David. He was also nominated for a Writers Guild of America Award in 2004 for Real Time with Bill Maher. 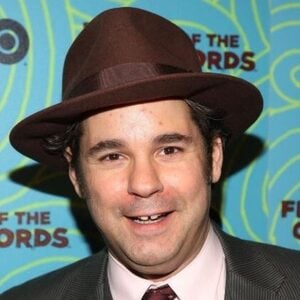