How much is Paul Chowdhry Worth?

Paul Chowdhry net worth: Paul Chowdhry is a British comedian and actor who has a net worth of $4 million. Paul Chowdhry was born in London, England in August 1974. He started out as a stand-up comedian in 1998. As an actor he has appeared in the films The Colour of Funny, It Was an Accident, Colour Me Kubrick: A True…ish Story, The Blue Tower, and Swinging with the Finkels. Chowdhry was a writer for the television series Stand Up for the Week from 2011 to 2012 which he also hosted. In 2012 he starred in the stand-up DVD Paul Chowdhry: What's Happening White People? and in 2015 he starred in the stand-up DVD PC's World. In 2003 he became the first British act to perform at the Caribbean Comedy Festival in Trinidad. Chowdhry has been a panelist for the TV series including Comedy World Cup and 8 out of 10 cats. 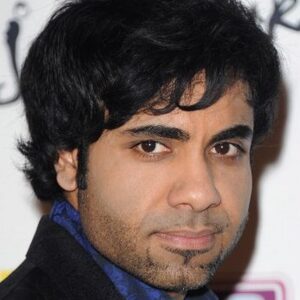