Pat Shortt net worth: Pat Shortt is an Irish actor, comedian, writer, and entertainer who has a net worth of $2 million. Pat Shortt was born in Thurles, County Tipperary, Ireland in December 1967. As an actor he starred on the television series Killinaskully from 2003 to 2008. Shortt has had recurring roles on the TV series Father Ted as Tom from 1995 to 1996, The Fitz as Bobby in 2000, Mattie as Mattie Swyer from 2009 to 2011, and Smalltown as Tom in 2016. He has also appeared in several films including In the Name of the Father, Saltwater, Man About Dog, Roro O'Shea Was Here, Garage, Strength and Honour, Soul Boy, The Guard, Life's a Breeze, Calvary, Queen & Country, Song of the Sea, Twice Shy, The Flag, The Belly of the Whale, and more. Pat Shortt wrote and produced episodes of the TV series Mattie and Killinaskully. He won Best Actor awards at the Monte-Carlo Comedy Film Festival, the Irish Film and Television Awards, and the Evening Standard British Film Awards for Garage. 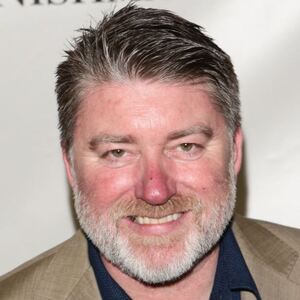