Pablo Francisco net worth: Pablo Francisco is an American stand-up comedian who has a net worth of $5 million dollars. Born in Tucson, Arizona, Pablo Francisco began his performance career performing improvisational theater in Tempe, Arizona. His professional on-camera career began when he joined the cast of MADtv in the mid-90s.

His work on MADtv led to his first stand-up comedy special, as part of "Comedy Central Presents", in 2000. From there, he went on to tour as part of "The Three Amigos" comedy tour with Carlos Mencia and Freddy Soto. He has also performed stand-up on "The Tonight Show with Jay Leno", and has appeared on "Mind of Mencia" and "Frank TV", among other programs. He is most widely recognized for his impressions of such celebrities as Jackie Chan, Howard Stern, Keanu Reeves, Celine Dion, and Gary Busey, and for his sound effects, beatboxing, and character voice skills. When he is not touring or performing stand-up, he performs improv with Irvine Improv. 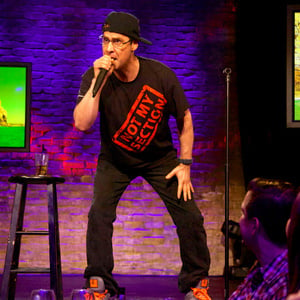