What was Norm Macdonald's Net Worth and Salary?

Norm Macdonald was a Canadian-born actor, writer and stand-up comedian. At the time of his death, Norm Macdonald had a net worth of $2.5 million. Unfortunately, Norm died on September 14, 2021 at the age of 61 after a private battle with cancer.

Norm was perhaps most famous for his time on "Saturday Night Live" where he was both a regular cast member and the Weekend Update host.

Norm Macdonald was widely considered one of the best stand-up comedians of all time. Norm was famous for his deadpan comedic style, which became steadily more minimalist over the years.

Norman Gene Macdonald was born on October 17th of 1959 in Quebec City, Canada. Raised alongside two brothers by parents who were both teachers, Norm attended high schools in Quebec and Ottawa. His brother Neil later became a journalist with CBC News. Norm's father Percy served with the Canadian Armed Forces during World War II and helped to liberate the Netherlands.

Macdonald began his career in Ottawa by performing stand-up comedy at Yuk Yuks. By the mid-1980s, Norm was considered one of the top up-and-coming comics in Canada. In 1990, he appeared on the show "Star Search" as a contestant. Towards the early 90s, he booked a job as a writer on the sitcom "Roseanne."

Macdonald's big break came in 1993 when he was offered a place on "Saturday Night Live." He quit writing for "Roseanne" and began doing impressions of celebrities like Larry King, David Letterman, Quentin Tarantino, and many others on the "SNL." During his second season on the show, Norm became well-known for hosting the "Weekend Update" segment of "SNL."

Norm's performances on the "Weekend Update" were well-received but quite controversial. He often made jokes about taboo subjects and denigrated high-profile celebrities such as Michael Jackson, Bill Clinton, and Marion Barry. O.J. Simpson was the subject of considerable flogging by Macdonald, as he continuously implied Simpson was guilty during his infamous murder trial. He also attacked Michael Jackson's sexuality and alleged pedophilic activities.

After five years, Norm left "SNL" in 1998. NBC president Don Ohlmeyer explained that Macdonald's removal was due to low ratings, but Norm argued that he was told to leave because of his jokes about O.J. Simpson (who was Olmeyer's close friend). He later explained that the person who had written those jokes was fired from "SNL" at the same time and that Ohlmeyer had thrown a party for the jurors that acquitted O.J.

While it may be true that "there's no such thing as bad press," the rift between Ohlmeyer and Macdonald affected his ability to promote his new film, "Dirty Work." Ohlmeyer refused to run ads for the movie on his network. This decision was eventually overturned, however the film ads were never shown during episodes of "SNL." Norm later came to the conclusion that Ohlmeyer didn't remove him from "SNL" specifically because of the O.J. jokes, but rather because he had a habit of disobeying Ohlmeyer's orders.

The film "Dirty Work" was released in 1998. Macdonald starred in the film and also co-wrote it. The film received negative reviews from critics and failed to break even at the box office. He then voiced the character of Lucky the Dog in Eddie Murphy's "Dr. Dolittle." He reprised this voice acting role in both of the following sequels.

In 1999, Norm started hosting "The Norm Show," which was later renamed simply "Norm." It ran for three seasons on ABC. He then appeared in the film "Man on the Moon." In 2000, he appeared alongside Dave Chappelle in the film "Screwed." He then made an appearance on "Who Wants to Be a Millionaire?," winning $500,000 for charity. In 2005, he booked a voice acting role in "The Fairly OddParents." 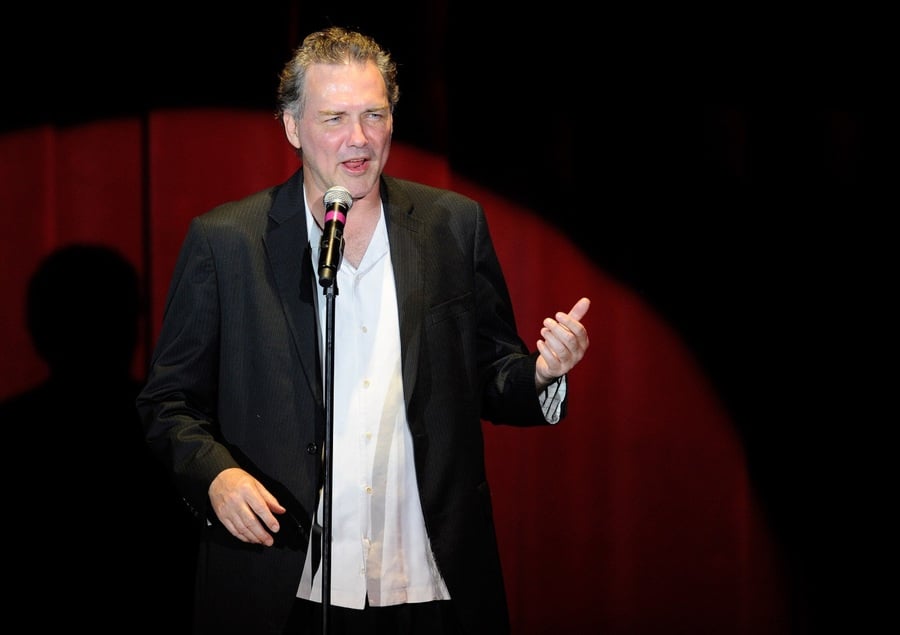 Towards the mid-2000s, Macdonald started filling in for Dennis Miller for the "Miller Time" segment on the "O'Reilly Factor." During this period, he also appeared on shows like "My Name Is Earl," "Match Game," "Celebrity Jeopardy," and "Million Dollar Password." In 2009, he started portraying a fictionalized version of himself on FX's "The Norm Macdonald Reality Show." In 2013, he launched the podcast "Norm Macdonald Live." In 2015, he acted as a judge for "Last Comic Standing." In 2018, he started hosting a new talk show called "Norm Macdonald Has a Show," which debuted on Netflix.

In 1990, Norm Macdonald married Connie Macdonald. The pair had a child together in 1993, and their divorce was finalized by 1999.

Norm once suffered from a fairly serious and somewhat legendary gambling addiction. As he would recount in interviews later, Norm's addiction reached a boiling point during his days working on "Saturday Night Live." He reportedly would leave each night immediately after filming his "Weekend Update" segment, drive to Atlantic City and gamble late into the night. The situation got especially bad when he moved into a building that had a casino in the lobby. Norm later revealed that was only able to save around $200,000 from his "Saturday Night Live" salary, despite earning millions over his time on the show. He also stated that his gambling addiction started when he won a six-figure sum at a craps table in Atlantic City. The "rush" from that one win caused him to keep going back for more.

Macdonald apparently lost essentially all the money he had in the world on three separate occasions while gambling. At one sitting he once lost $400,000. All that being said, Norm was a relatively skilled poker player, placing 20th out of 827 contestants at the No-Limit Texas Hold 'em event at the 2007 World Series of Poker.

In 2015, Norm Macdonald put his condo in Santa Monica on the real estate market with a price tag of $2.2 million. The apartment features 1,630 square feet of living space with ocean views. In addition, the property is located just two blocks away from the famous Santa Monica beach. He had originally purchased the property for $1.75 million back in 2008. Around 2015, reports suggested that Macdonald had purchased another property in Playa Vista for $750,000. 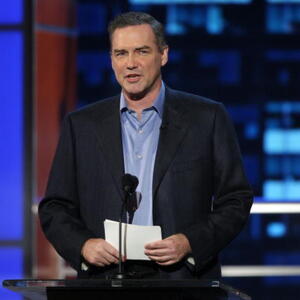