What Is Nikki Glaser's Net Worth?

Nikki Glaser is an American stand-up comedian, television host, actress, writer, producer, and podcast/radio host who has a net worth of $2 million. She hosted, wrote, and produced MTV's "Nikki & Sara Live" (2013) and Comedy Central's "Not Safe with Nikki Glaser" (2016), and in 2021, she began hosting and producing "FBoy Island" on HBO Max.

Glaser has starred in the stand-up comedy specials "Nikki Glaser: Perfect" (2016) and "Nikki Glaser: Bangin'" (2019), and she made it to the semi-finals on NBC's "Last Comic Standing" as a college student. Nikki hosted "You Up? With Nikki Glaser" on Sirius XM's Comedy Central Radio from 2018 to 2020, and she started "The Nikki Glaser Podcast" in March 2021.

Nikki Glaser was born Nicole Rene Glaser on June 1, 1984, in Cincinnati, Ohio. She grew up in St. Louis, Missouri, with mother Julie, father Edward, and sister Lauren, and she attended Kirkwood High School. After graduation, Nikki enrolled at the University of Colorado Boulder, then she transferred to the University of Kansas, where she earned an English Literature degree.

At age 18, Glaser began writing jokes and performing stand-up comedy, and she has said of this time, "I wrote from the perspective of my favorite stand-ups because I didn't know what my perspective was yet." She released the Comedy Central special "Perfect" in 2016 and the Netflix special "Bangin'" in 2019, and she has performed stand-up on TV shows such as "Last Comic Standing," "Conan," "The Half Hour," "The Tonight Show with Jay Leno," and "Late Night with Seth Meyers." 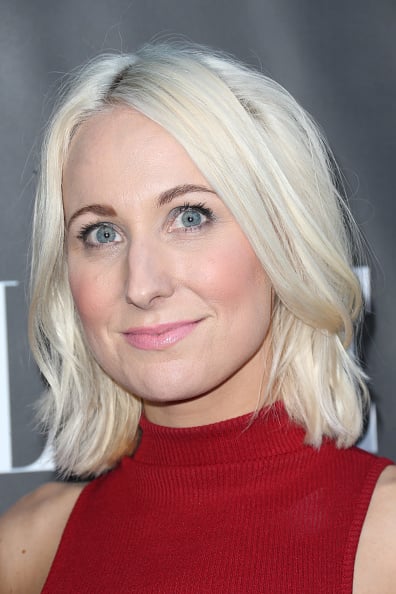 Nikki and fellow comedian Sara Schaefer hosted the podcast "You Had To Be There" from 2011 to 2014, then she co-hosted the relationship-based podcast "We Know Nothing" with musician Anya Marina and comedian Phil Hanley. In 2013, Glaser and Schaefer hosted MTV's "Nikki & Sara Live," which aired 24 episodes over two seasons. That year, Nikki also appeared in the pilot for the TV series "Those Who Can't," but Maria Thayer took over her role after TruTV picked up the show in 2015. "Not Safe with Nikki Glaser" premiered on Comedy Central in February 2016, and it ran for 20 episodes. Glaser appeared on the "Comedy Central Roast of Rob Lowe" (2016),  "Comedy Central Roast of Bruce Willis " (2018), and "Comedy Central Roast of Alec Baldwin" (2019), and she played Kurt Cobain in the "Freddie Mercury" episode of the Netflix series "Historical Roasts" in 2019.

Glaser appeared in five episodes of Comedy Central's "Inside Amy Schumer" from 2013 to 2015, and she co-starred with Schumer in 2015's "Trainwreck" and 2018's "I Feel Pretty." In 2018, she competed on ABC's "Dancing with the Stars," and Nikki and her partner, Gleb Savchenko, were the first pair to be eliminated. In 2019, she was victorious when she competed against comedian Brad Williams on "Drop the Mic," a celebrity rap-battle competition, and later that year she began hosting "Blind Date" on Bravo.

Nikki gave up alcohol on December 9, 2011, and she has credited the self-help books of Allen Carr with helping her quit drinking as well as smoking. Glaser moved in with her parents in St. Louis during the COVID-19 pandemic and has said "There's something really about this time that makes you want to be with people you love and who love you unconditionally. And, for me, that's just my parents."