What Is Nick Swardson's Net Worth?

Nick Swardson is an American actor, comedian, screenwriter, and producer who has a net worth of $5 million. Swardson released the comedy album "Party" in 2007, followed by the album/Comedy Central special "Seriously, Who Farted?" in 2009. He released another Comedy Central special, "Taste It," in 2015, and the network gave him his own show, "Nick Swardson's Pretend Time," in 2010.

Nick is credited as a writer on "Malibu's Most Wanted," "Grandma's Boy," "Bucky Larson: Born to Be a Star," and "Pretend Time" as well as "The Benchwarmers" (2006) and "Gay Robot" (2006). He created the Comedy Central series "Typical Rick" (2016–2017), which he also wrote, produced, and starred in. In 2016, Swardson and his "Hell and Back" co-stars earned a Behind the Voice Actors Award nomination for Best Vocal Ensemble in a Feature Film.

Nick Swardson was born Nicholas Roger Swardson on October 9, 1976, in Minneapolis, Minnesota. His parents, Pamela and Roger, divorced in 1989, and Roger, who passed away in 2003, was a journalist and editor who founded the Saint Paul community newspaper the "Grand Gazette." Nick has an older sister named Rachel and an older brother named John, and he attended St. Paul Central High.

Swardson told "Collider" of his high school years, "I got addicted to drugs when I was 15 and got expelled from high school four times, and I had to go to court-ordered rehab when I was 16. I wasn't a stupid kid, so they let me back into the school, but my grades were so bad. I needed to get an A, so I took theater…We wrote a play and performed it in front of our school.  It was a tough school.  All the other plays were getting booed.  And we did our play, and I played this character that was super wacky and big, and it just destroyed."

Nick graduated from high school in 1996 and began performing at open mic nights at Acme Comedy Co. in Minneapolis.

Swardson's first open mic night went well, and the club owner asked him to come back and eventually made him the house M.C. Nick won the club's "Funniest Person in the Twin Cities" award, and he was also a regular performer at Knuckleheads in the Mall of America. When he was 20, Swardson was chosen to perform at the U.S. Comedy Arts Festival. Nick eventually left Minnesota for New York City, then Los Angeles, and he began acting in commercials. He appeared on Comedy Central's "Premium Blend" in 1998, followed by a guest-starring role on "LateLine" in 1999. Swardson made his big screen debut in 2000, playing Insane Bowie Fan in the critically-acclaimed film "Almost Famous," and in 2001, he appeared in "Pretty When You Cry" alongside Jamie Kennedy and got his own "Comedy Central Presents" special. Nick appeared in 17 episodes of "The Jamie Kennedy Experiment" in 2002, and he teamed up with Kennedy again for 2003's "Malibu's Most Wanted," which he co-wrote and starred in. That year he also began playing Terry Bernadino on the Comedy Central series "Reno 911!," and he went on to appear in 28 episodes of the show as well as the 2007 film "Reno 911!: Miami." 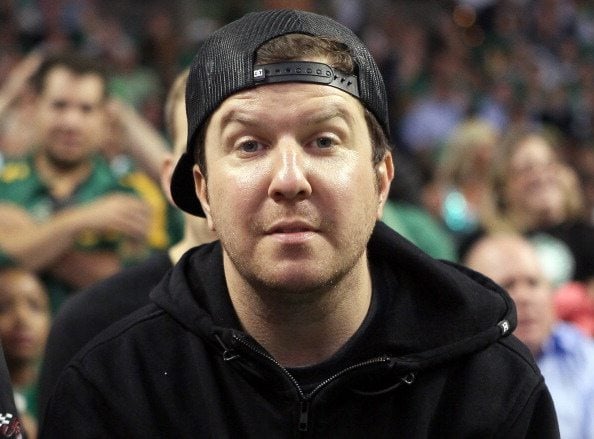 In 2006, Swardson appeared in the films "Grandma's Boy," "Art School Confidential," and "The Benchwarmers," and he co-starred with Adam Sandler for the first time in "Click." Nick has appeared in numerous Adam Sandler films, including "Bedtime Stories" (2008), "Just Go with It" (2011), and "Grown Ups 2" (2013), and from 2016 to 2017, he was part of the "Netflix Presents Here Comes The Funny Tour," which included Sandler, Norm Macdonald, David Spade, Tim Meadows, and Rob Schneider. In 2007, Swardson co-starred with Will Ferrell, Jon Heder, Will Arnett, and Amy Poehler in "Blades of Glory" and appeared in "I Now Pronounce You Chuck and Larry" with Sandler and Kevin James. The following year, he appeared in "You Don't Mess with the Zohan" and "The House Bunny," and he lent his voice to the animated Disney film "Bolt." From 2010 to 2011, Nick starred on "Nick Swardson's Pretend Time," which he also wrote and executive produced. He starred in, co-wrote, and co-produced 2011's "Bucky Larson: Born to Be a Star," and he also appeared in "30 Minutes or Less" and "Jack and Jill" that year.

Nick is a fan of the Minnesota Vikings football team, and he has his hometown's area code, 612, tattooed on his wrist. In 2017, Swardson spoke to "Vulture" about getting healthy, stating, "I quit eating dairy eight years ago. I basically cut out sugar too. I'll eat dark chocolate, but I don't drink soda or have any desserts that aren't dairy or gluten free. I eat pretty healthy." In the fall of 2019, Nick was hospitalized for nearly three weeks in Denver for alcohol poisoning and pneumonia. In a December 2019 interview with the "StarTribune," he said of the experience, "My body just shut down. That's when I realized, 'Oh, you're not a superhero.'" In a May 2020 "Screen Rant" interview, Swardson revealed that he hadn't had alcohol in eight months. 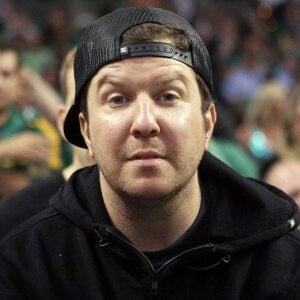