Early Life: Natasha Leggero was born on March 26th of 1974 in Rockford, Illinois. She came from a modest family and was raised as a Roman Catholic, although she later converted to Judaism. As early as age ten, she was performing in plays in Chicago. She also worked a number of jobs to earn money as a young child, ranging from grocery store clerk to mowing lawns. She attended Illinois State University, and later auditioned for the Stella Adler Conservatory, a prominent and well-respected acting school. After being accepted into the conservatory, she spent two years studying at the school's New York campus.

During the next few years, Leggero traveled to nations like Australia before returning to New York to obtain her B.A. in Theater Criticism from Hunter College. Determined to pursue a career in the entertainment industry, she relocated to Los Angeles in 2001.

Career: After booking a role in an unaired pilot, her next major appearance was as a judge on "Last Comic Standing" in 2010. She then booked a role in the sitcom "Free Agents" in 2011, which helped put her on the map. Another major role came in 2012 when Natasha Leggero appeared in "Are You There, Chelsea?" Natasha Leggero has also been closely involved with Comedy Central throughout the years, appearing in the "Drunk History" series of shorts and joining in the televised roast of James Franco. In 2015, she released her comedy special through Comedy Central, entitled "Live at Bimbo's." That same year, she also co-created the sitcom "Another Period," which was aired on Comedy Central and ran for three seasons.

Comedic Style: Natasha Leggero is known for her use of costumes in her comedic acts. Common items of clothing worth by Leggero include white gloves, fur hats, and other items that help her create a "high-class" persona. She also frequently provides satirical commentary on celebrity culture elitism, mocking the upper class with the costume she wears and her mannerisms.

Controversy: Natasha Leggero drew criticism for a joke she made at the expense of Pearl Harbor veterans, referencing their use of dentures and the fact that spaghetti was one of the few foods they could still eat. After the joke made her the subject of controversy, Leggero doubled down – refusing to apologize and suggesting the joke wasn't offensive enough to draw such a reaction.

Personal Life: Although Leggero previously dated comedian Duncan Trussell from 2011 to 2012, she later met and married another comedian, Moshe Kasher. In 2018, the couple welcomed their first child, a daughter, into the world. The family lives in Los Angeles. 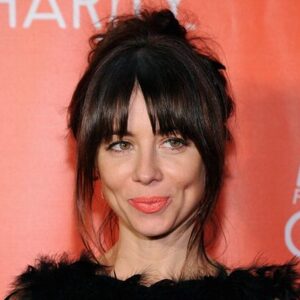