Nash Grier net worth: Nash Grier is an American social media personality who has a net worth of $3 million. Hamilton Nash Grier was born in North Carolina in December 1997. His older brother was at one time the quarterback for the West Virginia Mountaineers. Nash became nationally known for his online Vine videos in 2013.

Grier studied other Vine stars to learn how they got the most views on their videos. As of July 2014 it was estimated that Grier had over 14 million fans on Vine, YouTube, and Twitter. As of March 2015 he had more than 11 million followers on vine, 7 million on Instagram, 4 million on YouTube, and 4 million on Twitter which gave him "higher social media ratings than the White House". Major brands have paid Grier between $25,000 to $100,000 to plug their products in Vines. He has appeared on Good Morning America, Fox News, and the View. He has been criticized for his disparaging comments against LGBT people. In 2017 he appeared in the Netflix film "You Get Me". 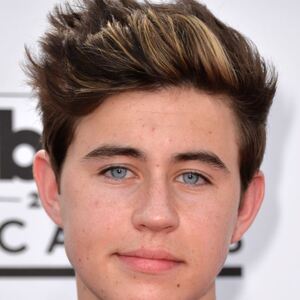