Nancy Walls net worth: Nancy Walls is an American actress, comedian, and writer who has a net worth of $80 million. She is perhaps best known for being married to Steve Carell but has also had a successful entertainment career on her own. Her net worth is a combined value with Steve, whom she married in 1995.

Nancy Walls was born in Cohasset, Massachusetts in July 1966. She joined the cast of Saturday Night Live from 1995 to 1996 and impersonated CNN anchor Bobbie Battista. Walls worked as a correspondent for the TV series The Daily Show from 1999 to 2002. She had a recurring role on the television series The Office as Carol Stills from 2005 to 2006. Nancy Walls provided voice work for the series The Goode Family in 2009. She co-created the TBS TV series Angie Tribeca with her husband Steve Carell and served as executive producer and writer. Walls met Carell at Second City and the couple has two children. She has also appeared in the films Anger Management, The 40-Year-Old Virgin, Bridesmaids, and more.

Real Estate: In 2010, Nancy and Steve paid $6 million for a home in LA's Toluca Lake suburb. They bought the home from the estate of the late actor Jonathan Winters. They proceeded to tear down the existing home and built a 6,600 square-foot mansion. In 2012 they sold their former Toluca Lake home for $5.1 million.

Back in their native Massachusetts, Nancy and Steve own 4 bedroom home in the town of Marshfield. They also own and sometimes personally operate the Marshfield Hills General Store. The store is primarily managed by Nancy's sister. 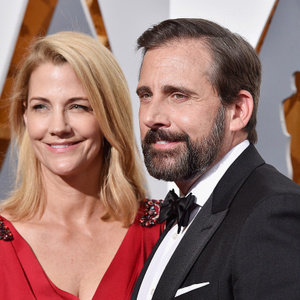