Mo Rocca net worth and salary: Mo Rocca is an American humorist, journalist, and actor who has a net worth of $3 million dollars. Mo Rocca was born in Washington, D.C., and went on to graduate from the Harvard University with a degree in Literature. He began his professional performance career a few years after graduating, touring in "Grease" in Asia in 1993 and appearing in "South Pacific" at Paper Mill Playhouse.

He then returned to his literature roots and began writing and producing episodes of the popular children's series, "Wishbone". In the late 90s, he began appearing in film and television projects, including "Death of a Dynasty", "Ed", and "Bewitched". He is most widely recognized for his work as a correspondent on "The Daily Show" on Comedy Central. He appeared on the program from 1998-2003. He has also appeared on such television shows as "Law & Order: Criminal Intent", "Ugly Betty", and "Royal Pains". He is a regular correspondent for multiple talk shows, and a commentator for numerous television specials. His book, "All the Presidents' Pets: The Story of One Reporter who Refused to Roll Over", was published in 2004. Today Mo is probably most notable for being a correspondent on the series CBS Sunday Morning. 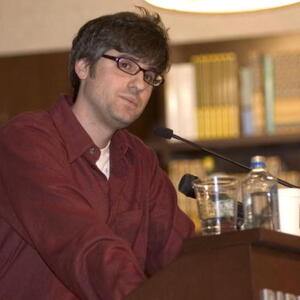