Mitch Hedberg Net Worth: Mitch Hedberg was an American stand-up comedian and actor who has net worth of $500 thousand at the time of his death. Born in Saint Paul, Minnesota on February 24, 1968, Hedberg was admired for his unconventional comedy approaches and otherworldly humor. Hedberg began practicing stand-up comedy in 1989 in Florida and later began to take his act on the road after moving to Seattle. In his early years, he made appearances on MTV's Comikaze, The Late Night Show With David Letterman, and That 70s Show. In 1997, he received the grand prize at the Seattle Comedy Competition. Hedberg recorded three comedy CDs and produced an independent feature film called Los Enchiladas! in 1999. He had several comedian followers such as George Carlin, Dave Chappelle, Lewis Black, Mike Birbiglia, and Doug Stanhope. He was deem the "next Seinfeld" by Time Magazine and signed a half-million dollar deal with Fox for his very own sitcom. Hedberg was a known drug user and was arrested for possession of heroin in 2003. He was married to Lynn Shawcroft from 1999 until March 29, 2005 when he tragically passed away at age 37 in a hotel room in Livingston, New Jersey. Hedberg had a known heart defect stemming from childhood, however traces of cocaine and heroin were found in his system at the time of death and were claimed to be the cause. 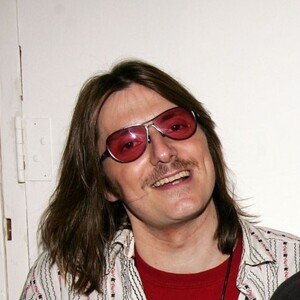