Miranda Hart net worth: Miranda Hart is an English actress and comedian who has a net worth of $4 million dollars. Miranda Hart was born in Torquay, Devon, England in December 1972. She studied at the Academy of Live and Recorded Arts and then wrote for the Edinburgh Fringe Festival. From 2006 to 2007 she starred as Teal on the television series Hyperdrive. Hart starred as Barbara on the TV series Not Going Out from 2006 to 2009. From 2009 to 2015 she starred as Miranda on the series of the same name. Hart starred as Chummy on the television series Call the Midwife from 2012 to 2015. She has appeared in several films including Magicians, 12 in a Box, and Spy. Miranda Hart has authored the books Is It Just Me? in 2012, The Best of Miranda in 2014, Peggy and Me in 2016, and Miranda Hart's Daily Dose of Such Fun! in 2017. She has won four British Comedy Award and four Royal Television Society Awards. 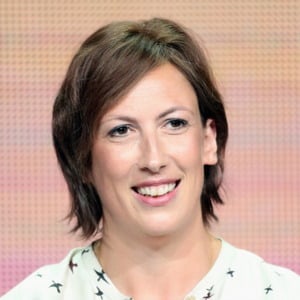