What Is Milana Vayntrub's Net Worth and Salary?

Milana Vayntrub is a Soviet-born American actress, comedian, writer, director, and producer who has a net worth of $3 million. Milana is best-known for portraying Lily Adams in a long-running series of AT&T commercials, and she has also directed some of the ads.

Today Milana is best known for her role as Lily Adams in a series of AT&T television commercials. She began appearing as the company's spokeswoman in 2013. She continued in the role until 2016, returning in 2020.

When she returned to the role in 2020 Milana began directing many of the spots in which she appeared.

In January 2016 Milana traveled to Greece to visit with refugees fleeing Syria. In reaction she co-founded a social media movement called Can't Do Nothing to help refugees.

Milana Vayntrub was born Milana Aleksandrovna Vayntrub on March 8, 1987, in Tashkent, Uzbek Soviet Socialist Republic, USSR. When Milana was 2 years old, her family immigrated to the U.S. as refugees to escape rising anti-Semitism. After spending three months in Vienna and nine months in Italy, the family was granted refugee status. They settled in California in August 1989, living in the West Hollywood area of Los Angeles.

Vayntrub said of the family's arrival in America:

"My mom worked in a factory that manufactured airplane parts and cleaned medical buildings at night, all while completing a program offered by the Jewish Federation to become a registered nurse at Cedars-Sinai Hospital. And my dad, he worked as a donut deliveryman."

Since the family had financial problems, Milana began acting in commercials as a child, appearing in Mattel Barbie commercials at just 5 years old. She attended Beverly Hills High School through her sophomore year, then she dropped out, got her GED, and enrolled at the University of California, San Diego, where she earned a Bachelor of Arts in Communication. Vayntrub also trained with the improv comedy troupe Upright Citizens Brigade. 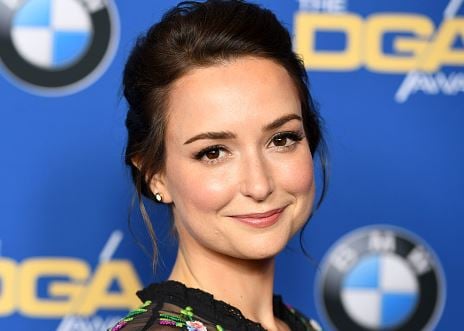 From 2016 to 2017, Milana played Sloane Sandburg on eight episodes on NBC's "This Is Us." In 2017, she starred in the award-winning Eko streaming series "That Moment When" and the go90 series "Threads" as well as the films "All Nighter" and "The Mad Ones." The following year, she had a main role on the YouTube Premium series "Dallas & Robo" and appeared on Sarah Silverman's "I Love You, America." In 2019, she starred in the film "Mother's Little Helpers," which she also co-wrote and co-produced, and appeared in the TV series "Kingpin Katie" and "You're Not a Monster." In 2020, Vayntrub co-starred with Akilah Hughes on the series "Making Fun With Akilah and Milana," which was featured on the Comedy Central YouTube channel, and she appeared in the short film "The Shabbos Goy" and the Quibi series "Die Hart." From 2018 to 2021, she lent her voice to three episodes of the Adult Swim series "Robot Chicken," and in 2021, she played Cecily Moore in the comedy horror film "Werewolves Within." Milana has also appeared in Senses Fail's "Can't Be Saved" (2007) music video, Letting Up Despite Great Faults' "Teenage Tide" (2011) music video, and Hot Chip's "Hungry Child" (2019) music video as well as several shorts, such as "6 Women" (2010), "Give Up the Ghost" (2012), "CosmoNots" (2013), and "Moving Violation" (2018).

In 2016, Milana co-founded the social media movement and website Can't Do Nothing after she visited Greece on vacation and met refugee families who had fled to the country to escape the Syrian Civil War. The Can't Do Nothing campaign is "designed to help everyday individuals have a real positive impact and assist refugees worldwide."

In 2018, Vayntrub won three Telly Awards for "That Moment When": a Gold Telly for Series-Webseries: Scripted for Online, a Silver Telly for Craft-Interactive Video for Online, and a Bronze Telly for Series-Comedy: Long Form or Series for Online. "That Moment When" also earned her a People's Voice award for Video – Best Use of Interactive Video at the 2018 Webby Awards. In 2020, Milana received a Streamy Award nomination for Best Writing for "Making Fun with Akilah and Milana." 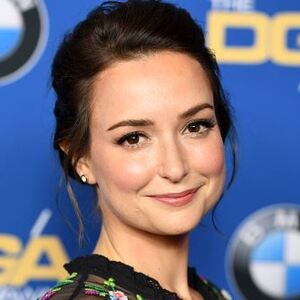