Mike Smith net worth: Mike Smith is a Canadian actor and musician who has a net worth of $2 million. Mike Smith was born in New Glasgow, Nova Scotia in August 1972. He is best known for playing the role of Bubbles and co-writing the television and film series Trailer Park Boys. Smith graduated from St. Francis Xavier University and played hockey for the Pictou County Weeks while in high school. He started playing the guitar at seven years old and was considered a prodigy. Smith played guitar for the rock band Sandbox and was signed with EMI and Nettwerk records. He has performed as part of the band Bubbles & the Shit Rockers. As an actor he has played the role of Bubbles in the television series Trailer Park Boys since 2001. He played the same role in the movies Trailer Park Boys, Trailer Park Boys: The Movie, Trailer Park Boys: Countdown to Liquor Day, and Trailer Park Boys: Don't Legalize It. He starred as Paul in the TV series 24 Hour Rental in 2014 and has also starred in the movies A Hole in One, Goon, Lloyd the Conqueror, Swearnet: The Movie, and Swearnet Live. Smith also serves as a writer and producer for the Trailer Park Boys franchise. He has won two Gemini Awards for the franchise. 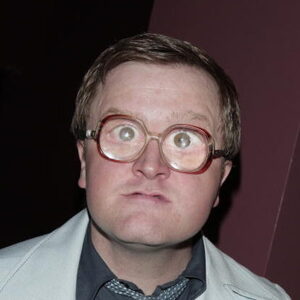