What Is Mike Birbiglia's Net Worth?

Birbiglia has 25+ acting credits to his name, including the films "Your Sister's Sister" (2011) and "Trainwreck" (2015) and the television series "Orange Is the New Black" (2015–2016) and "Billions" (2018–2020). He has published the books "Sleepwalk With Me and Other Painfully True Stories" (2010) and "The New One: Painfully True Stories from a Reluctant Dad" (2020). His "Sleepwalk with Me," "My Girlfriend's Boyfriend," and "Thank God for Jokes" stage shows have received awards and nominations from the Outer Critics Circle Awards, Lucille Lortel Awards, and Drama Desk Awards.

Mike Birbiglia was born on June 20, 1978, in Shrewsbury, Massachusetts. He grew up in a Catholic household with mother Mary Jean, father Vincent, older brother Joe, and older sisters Patti and Gina. Joe has been heavily involved in Mike's career and is credited as a writer on "Mike Birbiglia: What I Should Have Said Was Nothing," "Mike Birbiglia's Secret Public Journal," "Sleepwalk with Me," and "Mike Birbiglia: My Girlfriend's Boyfriend" and as a producer on "Mike Birbiglia: What I Should Have Said Was Nothing," "Don't Think Twice," and "Mike Birbiglia: Thank God for Jokes." Birbiglia attended St. John's High School (an all-boys Catholic school) and St. Mark's School, and after graduating from St. Mark's in 1996, he enrolled at Georgetown University. As a college student, he joined the Georgetown Players Improv Troupe, took a job as a server at a comedy club, and began performing stand-up comedy at the DC Improv. Mike majored in English and minored in theater, and he graduated from Georgetown University in 2000. Birbiglia started writing jokes at age 16 after he saw comedian Steven Wright perform.

In 2008, Mike began starring in the one-man show "Sleepwalk with Me" at NYC's Bleecker Street Theater, and it was named "Show of the Year" by "Time Out New York" in 2009. Birbiglia later adapted the stage show's material into the book "Sleepwalk With Me and Other Painfully True Stories," the album "Sleepwalk With Me Live," and the film "Sleepwalk with Me." In 2010, he played a waiter in the film "Going the Distance," and the following year, he co-starred with Ed Helms and John C. Reilly in "Cedar Rapids" and appeared in "Your Sister's Sister." That year Mike also starred in the one-man show "My Girlfriend's Boyfriend," which he performed off-Broadway and toured with around the U.S., Canada, the U.K., and Australia. 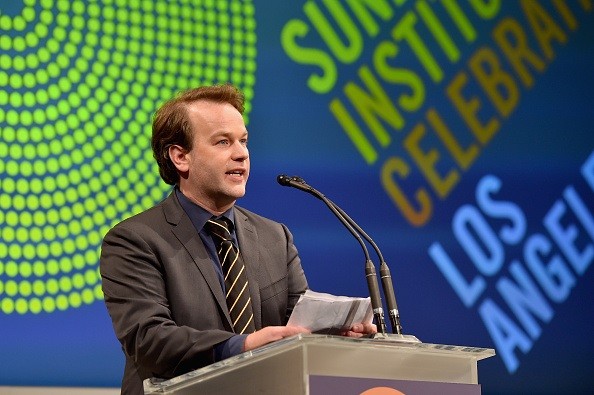 He guest-starred on "Broad City" in 2017 and lent his voice to the film "The Guardian Brothers" (2017) and the Cartoon Network series "Summer Camp Island" (2018). From 2018 to 2020, Birbiglia played Oscar Langstraat in seven episodes of the Showtime drama "Billions." From October 2018 to January 2019, his one-man show "The New One" was performed on Broadway at the Cort Theatre, and in mid-2020, he launched the podcast "Mike Birbiglia's Working It Out."

Mike married poet Jen Stein on July 7, 2007, and they welcomed daughter Oona in 2015. Jen's pen name is J. Hope Stein, and her poetry was featured in Mike's 2020 book "The New One: Painfully True Stories from a Reluctant Dad." Birbiglia suffers from rapid eye movement sleep behavior disorder, and the condition caused him to jump through a second-story window while sleepwalking at a motel in Walla Walla, Washington. He injured his leg in the accident and had to get 33 stitches.

In a 2016 interview with "New Noise" magazine, Mike said of his sleep disorder, "I sleepwalk about six times a year. It's usually times I'm most stressed…As we say at the end of 'Sleepwalk With Me,' there's no cure. You can face it. You can deal with it. I take medication. I sleep in a sleeping bag." At age 19, Birbiglia was diagnosed with bladder cancer. He had surgery to remove a tumor but did not have to undergo chemotherapy or radiation; however, he did have "that experience of feeling like [his] life could end very soon for a period of time."

In 2012, the "Sleepwalk with Me" film earned Mike a Writer/Director Award at the Nantucket Film Festival and a Best of Next! Audience Award at the Sundance Film Festival as well as nominations from the Gotham Awards (Breakthrough Actor) and Zurich Film Festival (Best International Feature Film). During his time on "Orange Is the New Black," the cast won a Screen Actors Guild Award for Outstanding Performance by an Ensemble in a Comedy Series (2016).

In 2014, Birbiglia received an American Comedy Award nomination for Comedy Special of the Year for "My Girlfriend's Boyfriend," and in 2018, "Don't Think Twice" earned an Audience Award nomination at the Americana Film Fest. For his stage shows, Mike won a Nightlife Award for Outstanding Comedian in a Major Engagement for "Sleepwalk with Me" (2009), a Lucille Lortel Award for Outstanding Solo Show for "My Girlfriend's Boyfriend" (2011), and a Drama Desk Award and Outer Critics Circle Award for Outstanding Solo Performance for "The New One" (2019). In 2003, he earned an ECNY Award for Best Male Stand-up, and in 2017, he was named Stand-Up Comedian of the Year at the Just For Laughs Awards. That year Birbiglia also received the Kurt Vonnegut Humor Award, which is given to individuals with an "offbeat, acerbic wit who possess a keen eye for the absurdities of life." 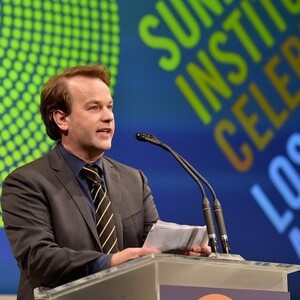