Mick Molloy net worth: Mick Molloy is an Australian comedian, writer, actor, and producer who has a net worth of $8 million. Mick Molloy was born in Canberra, Australia in July 1966. He is known for being featured on the Triple M Melbourne series The Hot Breakfast as well as on the Seven Network's AFL preview show. Molloy has appeared in, written, produced, and/or directed the films Tackle Happy, Crackerjack, Bad Eggs, Macbeth, BoyTown, and BoyTown confidential. He has appeared in, written, and/or produced the TV series The D-Generation Goes Commercial, The Gerry Connolly Show, The Comedy Company, The Late Show, The Mick Molloy Show, Kath & Kim, Stiff, The Brush-Off, Any Given Sunday, The Nation, Before The Game, The Jesters, Saturday Night Football, and Friday Front Bar. Molloy has also released three comedy albums with Tony Martin. In 2003 he won an Australian Comedy Award for Crackerjack and an Australian Movie Convention Award for Australian Star of the Year. 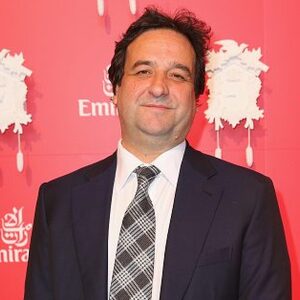