Michelle Wolf net worth: Michelle Wolf is an American comedian and writer who has a net worth of $3 million. Michelle Wolf was born in Hershey, Pennsylvania in June 1985. She worked as the writing supervisor for the television series Late Night with Seth Meyers from 2014 to 2016 and became a writer for the TV series The Daily Show in 2016.

She also wrote for the 2016 Oscars and her TV special Michelle Wolf: Nice Lady. In 2015 Wolf provided voice work for the series The Awesomes. She also frequently appeared as various characters on Late Night with Seth Myers. From 2016 to 2017 she was also a commentator on The Daily Show. Michelle Wolf has been nominated for four Writers Guild of America Awards. She is widely known for performing at the 2018 White House Correspondents' Dinner. In July 2018 she began starring in her own show called "The Break with Michelle Wolf" on Netflix. 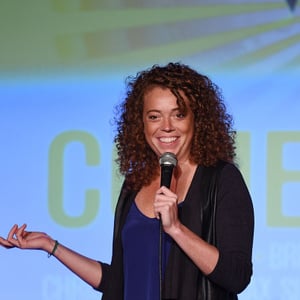