Michaela Watkins net worth: Michaela Watkins is an American actress and comedian who has a net worth of $3 million. Michaela Watkins was born in Syracuse, New York in December 1971. She is best known for starring on Saturday Night Live and on the ABC sitcom Trophy Wife. Watkins studied theater and acting at Boston University.

She moved to Portland, Oregon and performed with the Toad City Production improv group. She later became a regular performer at The Groundlings and was discovered by Saturday Night Live. She performed on SNL from 2008 to 2009 doing impressions of Joan Rivers and Barbara Walters and starring as the recurring character Angie Tempura. Watkins has also starred in the TV series The New Adventures of Old Christine as Lucy, Enlightened as Janice Holm, Trophy Wife as Jackie Fisher, Casual as Valerie, and Wet Hot American Summer: First Day of Camp as Rhonda. Watkins has also starred in the movies The Back-Up Plan, Wanderlust, Afternoon Delight, iSteve, In a World…, and They Came Together. 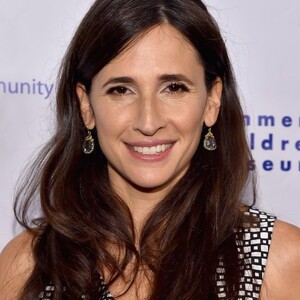