Michael Yo Net Worth

in Richest Celebrities › Richest Comedians
Michael Yo Net Worth:
$300 Thousand

Michael Yo net worth: Michael Yo is an American actor, television host, and stand-up comedian who has a net worth of $300 thousand. Michael Yo was born in Houston, Texas in November 1974. He hosts the CBS television series The Insider and the Yo Show on Yahoo! TV. He is also a frequent guest on the E!

television series Chelsea Lately as well as being a guest host on the CBS talk show The Talk. He has been a Pop Culture expert on the HLN series Showbiz Tonight. Yo was a contestant on the television series Fear Factor in 2001. He was a correspondent for E! News and coached Khloe and Kourtney Kardashian as radio DJs. In 2012 he started the podcast The Michael Yo and Jo Koy Show with comedian Jo Koy. Yo has starred in the movies From Justin to Kelly, Proof of Love, and The Bling Ring. 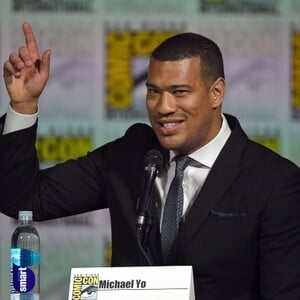