What is Michael Winslow's net worth?

Michael Winslow is an American actor and comedian who has a net worth of $1.5 million dollars. Michael Winslow is best-known for starring as Larvell Jones in all seven "Police Academy" films. He appeared in all seven of the franchise's sequels. He has also appeared in such comedy films as "Spaceballs," "Cheech and Chong's Next Movie," and "Nice Dreams." Additionally, Winslow is an accomplished beatboxer, and has been nicknamed the "Man of 10,000 Sound Effects" due to his skills.

Michael is known as "the man of 10,000 sound effects" thanks to his gift of being able to produce incredibly lifelike sounds with just his voice.

Michael Winslow was born in 1958 in Spokane, Washington to parents Verdie and Robert. He was raised at Fairchild Air Force Base just outside of Spokane, and later went to school at the Lisa Maile School of Acting, Modeling and Imaging. With few childhood friends, Winslow would pass the time by imitating the sounds of animals, engines, and anything else that made unique noises. After graduating from high school and college, he performed at theaters and nightclubs, where he gained recognition for his sound imitation abilities. Eventually, he earned enough money doing this to move to Hollywood.

Winslow made his first television appearance on the amateur talent contest program "The Gong Show." For his routine, he mimicked the sounds of Benji the movie dog and Jimi Hendrix's song "Purple Haze," as well as various sounds from "Star Trek."

In 1980, Winslow had his first feature film role in "Cheech and Chong's Next Movie." In addition to the titular comedy duo, the film featured Evelyn Guerrero, Paul Reubens, Sy Kramer, Edie and Bob McClurg, and John Steadman, among others. Winslow followed this up with another Cheech and Chong film, "Nice Dreams," costarring Stacy Keach. He then appeared in the thriller "TAG: The Assassination Game," with Robert Carradine and Linda Hamilton in her debut feature film starring role. In 1984, Winslow landed his most famous role as Cadet Larvell Jones in "Police Academy." With a large ensemble cast featuring Steve Guttenberg, Kim Cattrall, Bubba Smith, Donovan Scott, and Andrew Rubin, among many others, the film was a huge box-office success, grossing $149 million on a budget of around $4.5 million. "Police Academy" went on to spawn six sequels from 1985 to 1994, becoming a cult classic in the process.

The same year as the release of "Police Academy," Winslow appeared in four other movies. In the New York City-set mobster drama "Alphabet City," he played an eccentric cocaine dealer named Lippy. In the dramedy "Grandview, U.S.A.," he appeared in a large ensemble cast that included Jamie Lee Curtis, Patrick Swayze, Jennifer Jason Leigh, Troy Donahue, and M. Emmet Walsh. Winslow's other two credits that year were "Lovelines," in which he played the operator of a romance telephone service, and "Gremlins," in which he provided the voice of Mogwai. Winslow subsequently lent his voice to the 1985 animated fantasy film "Starchaser: The Legend of Orin." In 1987, he portrayed a radar operator in Mel Brooks' parody film "Spaceballs," doing all of his own sound effects during his scene. Winslow closed out the decade with parts in "Buy & Cell" and the West German films "Zärtliche Chaoten" and "Starke Zeiten." 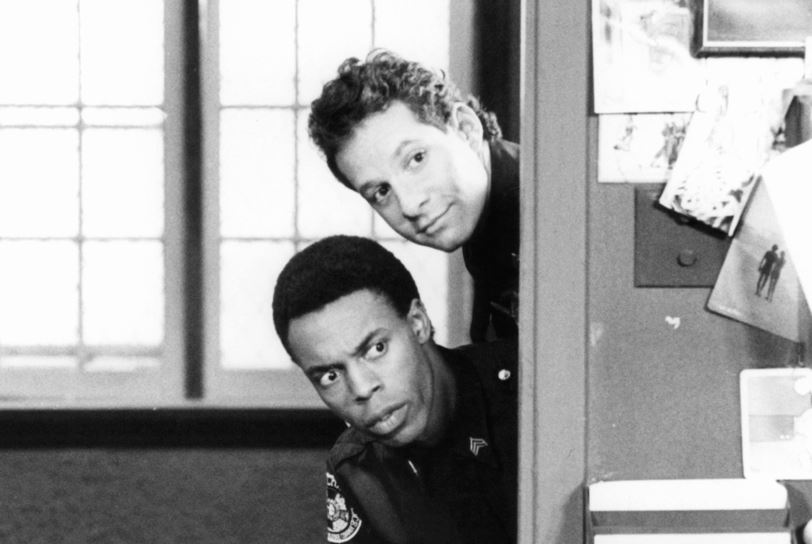 Winslow's film credits in the 90s include the adventure comedy "Think Big" and the Tommy Chong comedy "Far Out Man." In the early 2000s, he did voice work for the children's animated film "The Trumpet of the Swan" and played an officer in "The Biggest Fan," featuring the band Dream Street. Subsequently, he was in the family film "Lenny the Wonder Dog," the comedy "The Great Buck Howard," and the National Lampoon film "RoboDoc." Among Winslow's later credits are the Hungarian horror comedy "Gingerclown," the 2016 comedy "Characterz," and the action comedy "Killing Hasselhoff," in which he appears as himself.

On the small screen, Winslow lent his voice to the animated series "New Kids on the Block" in the early 90s. During this time, he also starred on the short-lived series "Extralarge" alongside Bud Spencer and Philip Michael Thomas. Later in the decade, Winslow reprised his role as Sgt. Larvell Jones in "Police Academy: The Series," a sitcom spinoff of the movie franchise. He reprised the role again in a 2006 episode of the animated sketch comedy show "Robot Chicken."

Winslow's other television credits include the science-fiction horror films "Sharknado 3: Oh Hell No!" and "Lavalantula," both from 2015. In 2021, he auditioned for the 16th season of NBC's talent show competition "America's Got Talent." Additionally, since 2008, Winslow has hosted the WGN series "Way Back Wednesday with Winslow," which airs movies mostly from the 1980s.

Beyond film and television, Winslow has been involved with mobile apps. In 2010, he debuted his own sound effects apps for iPhone and iPod Touch. The ThatsKungFu app generates kung-fu fighting sounds when the device is swung, while the NoizeyMan app contains sound effects, ringtones, games, and videos all created by Winslow. Additionally, Winslow collaborated with game development studio Phyken Media on its mobile game "Wizard Ops Chapter 1," for which he provided the sound effects. Later, he lent his voice to the studio's "Wizard Ops Tactics." During his career, Winslow has also appeared in high-profile commercials for GEICO and Cadbury. 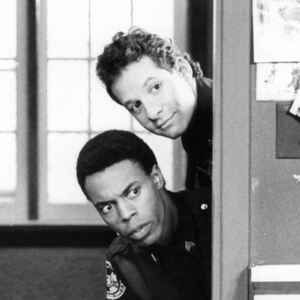