Michael Crawford net worth: Michael Crawford is an English actor, comedian, and singer who has a net worth of $10 million. Michael Crawford was born in Sheerness, Kent, England, United Kingdom in January 1942. He has starred on Broadway as well as on the West End. In 1959 he starred as Frank Nugent on the television series Billy Bunter of Greyfriars School.

Crawford starred as John Drake on the TV series Sir Francis Drake from 1961 to 1962. From 1964 to 1965 he starred as Byron on the series Not So Much a Programme, More a Way of Life. One of his best known roles has been a recurring role as Frank Spencer on the television series Some Mother's Do 'Ave 'Em from 1973 to 2016. Michael Crawford has starred in several films including Soapbox Derby, Two Left Feet, A Funny Thing Happened on the Way to the Forum, Hello, Dolly!, Alice's Adventures in Wonderland, and more. He has released several albums and has starred in productions of The Wizard of Oz, The Phantom of the Opera, and more. He has been nominated for a Primetime Emmy Award and three BAFTA Awards. 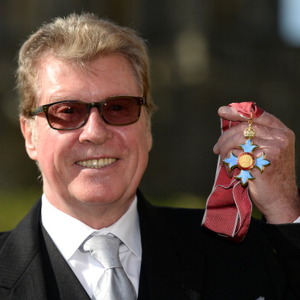