Michael Che net worth and salary: Michael Che is an American actor, comedian, and writer who has a net worth of $4 million. Michael Che was born in Manhattan, New York in May 1983. He is best known for being featured on Saturday Night Live where he became a co-anchor of the Weekend Update segment, becoming the first black anchor on the segment. He co-anchor's Weekend Update with Colin Jost. Che joined the television series Saturday Night Live in 2013 and is also a writer, serving as co-head writer starting in 2017. He made his debut on the TV series John Oliver's New York Stand-Up Show in 2012 and has also appeared on the TV series The Daily Show. He only appeared in nine episodes of The Daily Show before he jumped over to SNL. Michael Che hosted the 70th Primetime Emmy Awards in 2018. He has also appeared in the films Chinese Puzzle, Lyle, and Top Five. Che has won Writers Guild of America Awards for Comedy/Variety – Sketch Series for Saturday Night Live in 2017 and 2018 and has been nominated for multiple Primetime Emmy Awards. 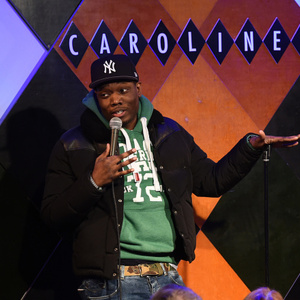