What is Maya Rudolph's Net Worth?

Rudolph has been a member of the bands Super Sauce and The Rentals, and she is currently a member of the Prince cover band Princess. She performed on The Rentals 1999 album "Seven More Minutes" and Triumph the Insult Comic Dog's 2003 album "Come Poop With Me, and she has starred in music videos by the Beastie Boys ("Make Some Noise," 2011) and The Lonely Island ("Dick in a Box," 2006; "Hugs," 2013). Since 2020, Maya has been portraying Senator-turned-Vice President Kamala Harris on "Saturday Night Live," a role that earned her a Primetime Emmy for Outstanding Guest Actress in a Comedy Series.

Maya Rudolph was born Maya Khabira Rudolph on July 27, 1972, in Gainesville, Florida. Her father is composer Richard Rudolph, and her mother, singer-songwriter Minnie Riperton, sadly died of breast cancer when Maya was just 6 years old. Rudolph has a brother, Marc, and when they were very young, the family moved to Los Angeles, California. Maya attended Santa Monica's Crossroads School, where she was friends with future stars Jack Black and Gwyneth Paltrow. After graduating in 1990, she enrolled at the University of California, Santa Cruz, earning a Bachelor of Arts degree in photography in 1995.

Rudolph made her television debut in 1996 on the CBS medical drama "Chicago Hope," playing Nurse Leah Martine in five episodes. In 1997, she graced the big screen for the first time, appearing in "As Good as It Gets" and "Gattaca." In 2000, Maya co-starred with Blair Underwood and Vivica A. Fox on "City of Angels," playing Nurse Grace Patterson in 15 episodes. That year she joined the cast of "Saturday Night Live," and she stayed until the November 3, 2007, episode and has returned frequently as a guest star. On the show, Rudolph has impersonated celebrities like Beyoncé, Michelle Obama, Oprah Winfrey, Donatella Versace, and Diana Ross, and her recurring characters include Megan from "Wake Up, Wakefield!" and Jodi Deitz from "Bronx Beat." While starring on "Saturday Night Live," Maya appeared in the films "Duplex" (2003), "Wake Up, Ron Burgundy: The Lost Movie" (2004), "50 First Dates" (2004), and "A Prairie Home Companion" (2006).

From 2008 to 2009, Rudolph had a recurring role as Athena Scooberman on NBC's "Kath & Kim," and in 2010, she joined Will Forte and Kristen Wiig in the "SNL" spin-off film "MacGruber." Later that year she starred in another film full of "SNL" vets, "Grown Ups," which grossed $271.4 million worldwide; she reprised her role in 2013's "Grown Ups 2." In 2011, Maya joined an all-star group of hilarious women, Kristen Wiig, Melissa McCarthy, Wendi McLendon-Covey, Rose Byrne, and Ellie Kemper, in "Bridesmaids," which brought in $288.4 million at the box office and won a Critics' Choice Award for Best Comedy and a People's Choice Award for Favorite Comedy Movie. From 2011 to 2012, she co-starred with Will Arnett and Christina Applegate on "Up All Night," and in 2014, she appeared in the film "Inherent Vice," guest-starred on "Portlandia," and starred in the variety special "The Maya Rudolph Show." 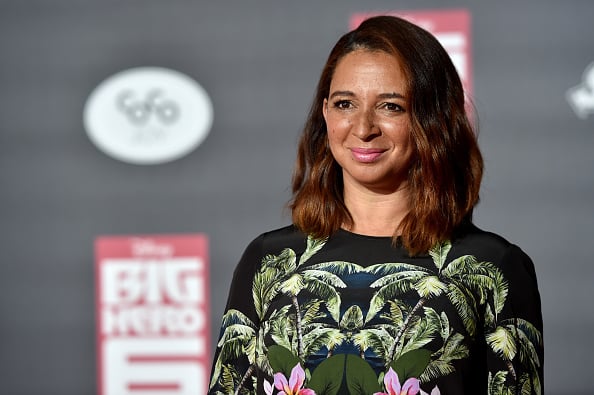 In 2015, Rudolph appeared in the Netflix holiday special "A Very Murray Christmas" and co-starred with Tina Fey and Amy Poehler in "Sisters." She then appeared in "Popstar: Never Stop Never Stopping" (2016) with Andy Samberg and his The Lonely Island cohorts Akiva Schaffer and Jorma Taccone and appeared in the films "The Happytime Murders" (2018), "The Lego Movie 2: The Second Part" (2019), and "Hubie Halloween" (2020). In 2019, Maya was part of another cast of former "Saturday Night Live" members, starring in "Wine Country" with Rachel Dratch, Ana Gasteyer, Amy Poehler, and Tina Fey. In recent years, Rudolph has guest-starred on "Angie Tribeca" (2016), "Brooklyn Nine-Nine" (2016), "Unbreakable Kimmy Schmidt" (2017), and "Mapleworth Murders" (2020), and in 2018, she co-starred with Fred Armisen on the Amazon Video series "Forever." She appeared in 12 episodes of "The Good Place" from 2018 to 2020, and she has been voicing Connie the Hormone Monstress on the Netflix animated series "Big Mouth" since 2017.

Maya began a relationship with director/screenwriter Paul Thomas Anderson in November 2001, and they have four children, daughters Pearl (born October 15, 2005), Lucille (born November 6, 2009), and Minnie (born August 1, 2013) and son Jackson (born July 3, 2011). Lucille was born at the couple's home, and Rudolph told "People" magazine, "[A homebirth] was not my plan, but that's what happened…because the baby came out really fast. Luckily, she just kind of glided into her father's arms."

Rudolph has been nominated for six Primetime Emmys, winning Outstanding Guest Actress in a Comedy Series for "Saturday Night Live" and Outstanding Character Voice-Over Performance for "Big Mouth" in 2020. In 2016, she won a Behind the Voice Feature Film Voice Acting Award for Best Female Vocal Performance in a Feature Film in a Supporting Role for "Strange Magic," and the Black Reel Awards for Television named her Outstanding Guest Actress, Comedy Series for "The Good Place" in 2020. Maya has earned eight Gold Derby Award nominations, winning four awards for "The Good Place," including Comedy Guest Actress of the Decade. She has won five of the seven Online Film & Television Association Awards she was nominated for, three for "The Good Place" and one each for "Saturday Night Live" and "Big Mouth."

In March 2021, Maya and Paul paid $2.6 million for a 2,810 square foot home in the Sherman Oaks area of Los Angeles. The three-bedroom, 2.5-bathroom home sits on .28 acres of property and features arched doorways, an ebony fireplace, and quartz and marble countertops. The couple also owns a home in Tarzana, which they purchased for $2.3 million in the early 2000s. 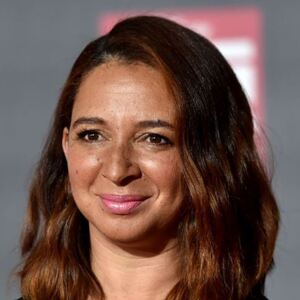