Matt Walsh net worth and salary: Matt Walsh is an American actor, comedian, director, and writer who has a net worth of $4 million. Matt is an active film and television actor but he is probably best-known for starring on the HBO comedy "Veep" from 2012 to 2019.

Matt Walsh was born in Chicago, Illinois in October 1964. He is one of the founding members of the Upright Citizens Brigade improvisational sketch comedy troupe. Walsh has over 100 acting credits to his name and starred in the television series Dog Bites Man as Kevin Beekin in 2006. In 2010 he starred in the TV series Players as Bruce Fitzgerald. Since 2012 Walsh has starred in the TV series Veep as Mike McLintock. He has also had recurring roles in the TV series Human Giant, Little Britain USA, Reno 911!, Outsourced, Hung, Addicts Anonymous, and Comedy Bang! Bang!. Walsh has starred in the movies Road Trip, Old School, Elf, Bad Santa, Starsky & Hutch, Christmas with the Kranks, School for Scoundrels, Drillbit Taylor, Semi-Pro, Step Brothers, The Hangover, Due Date, Ted, Sex Ed, and Wild Oats. Walsh has been nominated for Screen Actors Guild Awards for Outstanding Performance by an Ensemble in a Comedy Series in Veep in 2014 and 2015. 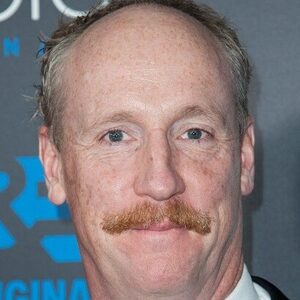