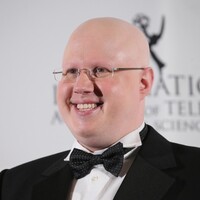 What is Matt Lucas's Net Worth and Salary?

Matt Lucas is an English comedian, writer, actor and musician who has a net worth of $15 million. Matt Lucas is best known for his pairings with David Walliams on the comedy television series "Little Britain" and "Come Fly With Me." He also had a notable role on the science-fiction series "Doctor Who" from 2015 to 2017, and began co-hosting the baking competition series "The Great British Bake Off" in 2020. Additionally, Lucas has appeared on the big screen in such films as "Bridesmaids," "Small Apartments," and "Paddington."

Matt Lucas was born on March 5, 1974 in London, England to Diana and John. He is of Jewish ancestry through his mother. When he was six years old, Lucas lost all of his hair due to alopecia. For his education, he went to Aylward Primary School and Haberdashers' Aske's Boys' School. Lucas went on to attend the University of Bristol, but did not finish his degree. He also performed with the National Youth Theatre. When Lucas was in his early 20s, his father passed away from a heart attack.

Lucas began his television career partnered with comedians Vic Reeves and Bob Mortimer. In 1995, he appeared in various roles on their sketch comedy show "The Smell of Reeves and Mortimer," and also began a long-term starring role alongside them on the comedy panel game show "Shooting Stars." Following this, Lucas began his prolific partnership with David Walliams, with whom he first appeared on the sketch show "Mash and Peas"; Lucas also wrote the show. In 1997, Lucas appeared on the comedy series "Sunnyside Farm" and in the television film "It's Ulrika!" A couple of years later, he reunited with Reeves and Mortimer on "Bang Bang, It's Reeves and Mortimer," and reunited with Walliams on "Sir Bernard's Stately Homes," which the pair wrote together and starred on. The same year, Lucas and Walliams created and began starring on the comedy series "Rock Profile."

In the early 2000s, Lucas appeared in episodes of "Fun at the Funeral Parlour" and "Randall & Hopkirk (Deceased)"; he also portrayed Spanish film director Luis Buñuel in the television film "Surrealissimo: The Scandalous Success of Salvador Dalí." His most renowned work yet came in 2003 when he began starring alongside David Walliams on the BBC sketch comedy series "Little Britain," which the duo also wrote. On the series, Lucas played such colorful characters as teenage chav Vicky Pollard, the allegedly disabled Andy Pipkin, and homophobic gay man Daffyd Thomas. The hugely successful "Little Britain" ran for 44 episodes through 2007. 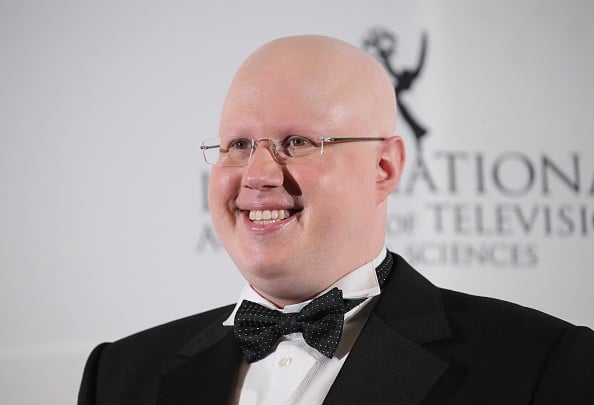 While he was still on "Little Britain," Lucas reteamed with Reeves and Mortimer for the BBC sitcom "Catterick." He also appeared in episodes of "French and Saunders," "Look Around You," "Casanova," "Gavin & Stacey," "Neighbours," and "Kath & Kim," and lent his voice to the animated series "King Arthur's Disasters" and "Popetown." Additionally, Lucas was in the television films "AD/BC: A Rock Opera" and "The Wind in the Willows." Following the conclusion of "Little Britain" in the UK, Lucas and Walliams launched an American spinoff for HBO called "Little Britain USA." Lucas next appeared on the series "Kröd Mändoon and the Flaming Sword of Fire."

In 2010, Lucas reunited with Walliams to create and star on the BBC mockumentary series "Come Fly With Me." He went on to appear in episodes of such American shows as "Portlandia," "Community," "Super Fun Night," and "Fresh Off the Boat." Lucas returned to the UK in 2015 to create, write, co-direct, and star on the comedy series "Pompidou." That year, he also began playing Nardole on the science-fiction series "Doctor Who." Lucas was subsequently in episodes of several shows both in the US and UK, including "Man Seeking Woman," "Bull," "Galavant," "Mack & Moxy," and "Stella." In 2020, he began co-hosting the cooking competition series "The Great British Bake Off" alongside Noel Fielding.

Lucas made his first appearances on the big screen in the late 90s with roles in "Jilting Joe" and "Plunkett & Macleane." His most widely seen film role(s) came in 2010 when he played Tweedledum and Tweedledee in Tim Burton's adaptation of "Alice in Wonderland." Also that year, he played a rabbi in the comedy "The Infidel." In 2011, Lucas appeared in the hit comedy "Bridesmaids" and voiced the character Benny in the animated film "Gnomeo & Juliet." His subsequent credits were "Small Apartments," "The Look of Love," "In Secret," "The Harry Hill Movie," and "Paddington." In 2016, Lucas reprised his roles as Tweedlee and Tweedledum in "Alice Through the Looking Glass." A couple of years after that, he reprised his role as Benny in "Sherlock Gnomes." Lucas's other credits have included "How to Talk to Girls at Parties," "Polar," "Missing Link," and "Wonka."

In 2002, Lucas made his first foray into stage musicals with a role in "Taboo." Later, in 2010, he appeared in the 25th Anniversary Concert production of "Les Misérables," playing the role of Thénardier. He reprised this role the next year on the West End, and again in 2019. Among his other stage credits, Lucas acted in a revival of "Me and My Girl."

Lucas is gay, having suspected this when he was only seven years old. In late 2006, he began a civil partnership with his boyfriend Kevin McGee; the pair eventually ended the partnership and separated in 2008.