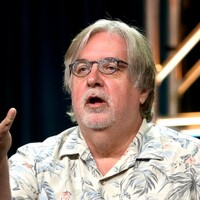 What is Matt Groening's Net Worth and Salary?

Matt Groening is an American animator, author, television producer, and cartoonist who has a net worth of $600 million. He is best known as the creator of the popular show "The Simpsons", which is the longest-running primetime-television series in history. The Simpsons debuted officially as its own half-hour primetime show in December 1989. It is still currently running. The Simpsons has spawned an empire along the lines of similar IP like Lego and Star Wars with endless licensing deals and theme park attractions.

Matthew Abraham Groening was born in Portland, Oregon, on February 15, 1954. He is the middle of five children born to Margaret Ruth, a former teacher, and Homer Philip, a filmmaker, advertiser, writer, and cartoonist. His siblings names are Mark, Patty, Lisa, and Maggie. He graduated from Lincoln High School, and from 1972 to 1977 he attended The Evergreen State College in Olympia, Washington. He first became interested in cartoons after watching the Disney animated film "One Hundred and One Dalmatians", and cites Robert Crumb, Ernie Bushmiller, Ronald Searle, Monty Python, and Charles M. Schulze as his inspirations.

In 1977, when he was twenty-three years old, Groening moved to Los Angeles to be a writer. During this time, he worked various odd jobs at restaurants, a nursing home, a record store, and a sewage treatment plant, among others. He started drawing the self-published comic book "Life in Hell" for his friends, describing life in Los Angeles. His first professional cartoon sale came in 1978, to the avant-garde Wet Magazine. The strip "Forbidden Words" appeared in Wet's September/October 1978 issue. He then started working at the Los Angeles Reader, initially as a newspaper deliverer, typesetters, and editor, but then joined the paper as a cartoonist. "Life in Hell" officially debuted as a comic strip in the "Reader" on April 25, 1980. 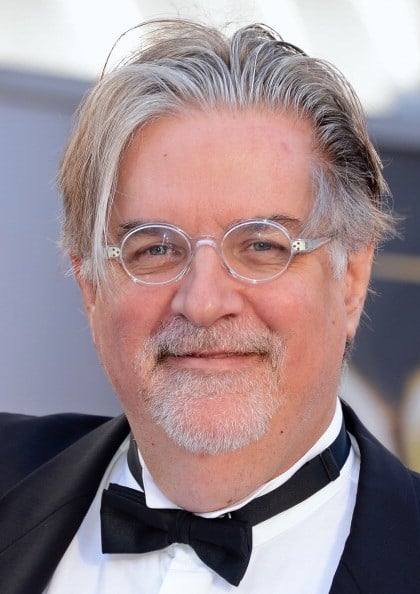 "Life in Hell" was an almost immediate hit, and eventually Groening and his then-girlfriend Deborah Caplan started publishing books of "Life in Hell" strips with different themes, such as "Love is Hell" and "Work is Hell". Caplan and Groening started the company Life in Hell Co. to handle the merchandising for "Life in Hell". At its peak, "Life in Hell" ran in 250 weekly newspapers. It's final strip was published on June 16, 2012.

"Life in Hell" caught the attention of Hollywood writer-producer James L. Brooks. Brooks contacted Groening, and proposed to work on an undefined future project. Groening came up with the idea for "The Simpsons", and named the characters after members of his own family. A series of "Simpsons" shorts aired on "The Tracey Ullman Show", and their popularity led to a half-hour "Simpsons" spin-off in 1989.

The half-hour show premiered on December 17, 1989. "The Simpsons" show with Fox Broadcasting Company was co-developed by Groening, Brooks, and Sam Simon. However, Groening and Simon often clashed, and Simon eventually left the show in 1993 over creative differences. Groening currently serves as an executive producer and creative consultant on the show. He is also credited as the writer or co-writer of some episodes of the show, as well as "The Simpsons Movie" (2007).

Futurama and Other Work

Groening has produced several other shows and projects outside of "The Simpsons". Together with "Simpsons" writer/producer David X. Cohen, he developed the animated series "Futurama" in 1997. The show is about life in the year 3000. "Futurama" premiered on Fox in March 1999, but was canceled after four years on the air. However, it was brought back after strong DVD sales and good ratings on Adult Swim. Comedy Central started negotiating for the rights to air "Futurama" reruns, and committed to sixteen new episodes. Four straight-to-DVD films were also produced: "Bender's Big Score" (2007), "The Beast with a Billion Backs" (2008), "Bender's Game" (2008), and "Into the Wild Green Yonder" (2009). Comedy Central commissioned 26 new episodes in 2010, and the final episode aired in September 2013. 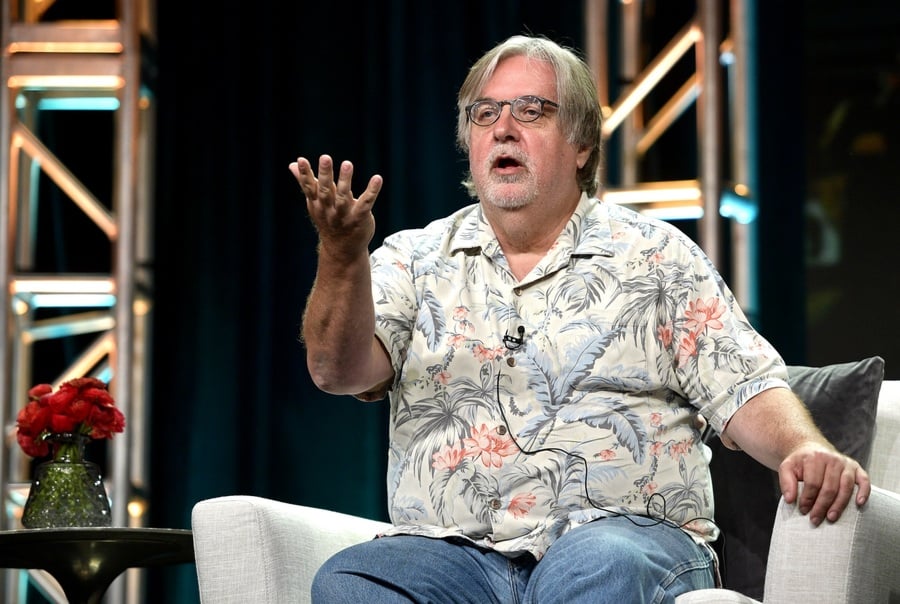 Another series Groening has developed is "Disenchantment", in partnership with streaming company Netflix. The first ten episodes were released on Netflix in August 2018, and the second batch of ten episodes was released in September 2019. Netflix renewed the show for an additional 20 episodes, to be released in ten-episode batches in the years 2020 and 2021.

Groening has won a dozen Primetime Emmy Awards for The Simpsons and Futurama. In 2012 he was awarded a star on the Hollywood Walk of Fame for Television at 7021 Hollywood Blvd. He has also won a British Comedy Award and a National Cartoonist Society Reuben Award.

In 1994, Groening teamed up with Steve Vance, Cindy Vance, and Bill Morrison to form Bongo Comics. The company publishes comic books based on the shows "The Simpsons" and "Futurama", in addition to some original titles. Groening also formed Zongo Comics, and imprint of Bongo Comics, in 1995. It publishes comics for more mature readers.

Groening was married to Deborah Caplan from 1986 to 1999. They had two sons together, Homer and Abe. He then married Argentinian artist Augustina Picasso in 2011, after dating for four years. He became stepfather to her daughter from a previous relationship. Groening and Picasso would eventually have five children of their own, including two separate sets of twins!

In 2011, Groening spent $11.65 million on a large home in Santa Monica, California that was built in 1910 by architect Robert D. Farquhar. Groening did extensive renovations and expansions on the property. In May 2019, he spent $11.9 million to buy the house next door. The resulting compound is more than an acre of the most-desirable land in Santa Monica. Groening also owns a beachfront home in Malibu that he bought in 2000 for $8.5 million. That house today would likely sell for at least $20 million.