What is Marlon Wayans' net worth and Salary?

Marlon Wayans is an American comedian, actor, producer, writer and director who has a net worth of $40 million. Marlon is a member of the famous Wayans comedy family. He often collaborates with his brother Shawn Wayans. He is known for such films as "I'm Gonna Git You Sucka" (1988), "Scary Movie" (2000) and "White Chicks" (2004). Among his television credits are "In Living Color" and "The Wayans Bros."

Marlon Lamont Wayans was born on July 23, 1972, in New York City, New York to Elvira and Howell Wayans. His family is Jehovah's Witnesses. Wayans was raised in the housing projects of New York City. He is the youngest of 10 siblings. His first job was working at a pizza shop when he was 11. Wayans went to Fiorello H. LaGuardia High School of Music & Art and Performing Arts in New York City. After completing high school, he attended Howard University in Washington, D.C. He dropped out to pursue acting.

Marlon Wayans rose to prominence in the early '90s working on projects with his brothers that included the sketch comedy series "In Living Color" and the sitcom "The Wayans Bros." He appeared on "In Living Color" from 1992 to 1995.

He appeared on "The Wayans Bros." which ran from 1995 to 1999. Marlon was not only the star of the show, but he was also a co-creator. Over the years, Marlon has starred in dozens of feature movies. One of his biggest and most profitable endeavors has been the "Scary Movie" film franchise. He starred in and helped write the first movie which eventually earned $280 million around the world from a $19 million budget.

He appeared in "Requiem for a Dream," "Dungeons & Dragons," and hosted the MTV Video Music Awards in the year 2000. In 2004 he won a BET Comedy Award for Outstanding Writing for a Box Office Movie for "White Chicks." 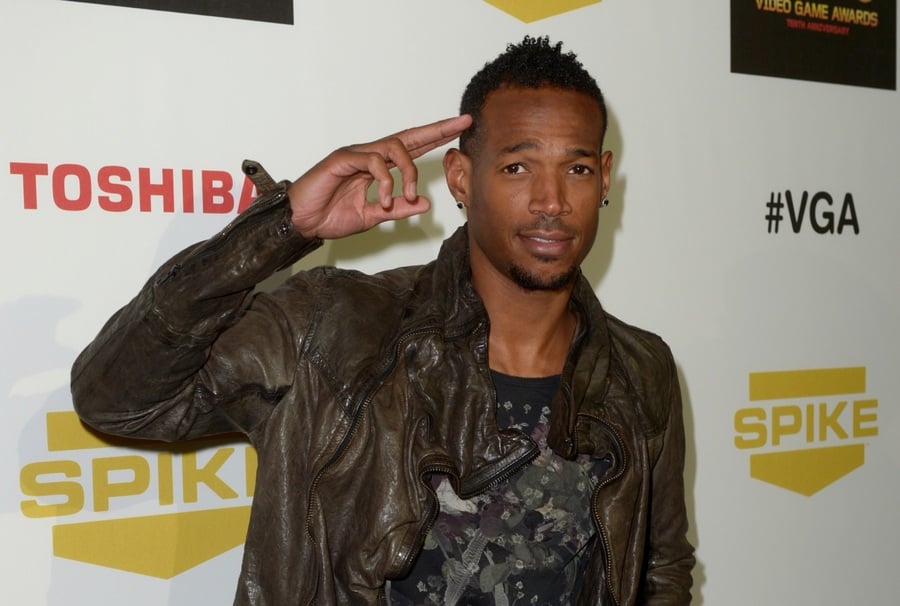 Marlon also starred in, wrote, and produced the 2013 film "A Haunted House" and its 2014 sequel. The first Haunted House film earned $60 million worldwide off a relatively small $2.5 million budget, making it an extremely big financial success. Marlon launched a digital media company for an urban comedy called "What The Funny." Wayans wrote, produced, and starred in the 2016 film 50 Shades of Black and starred in the movie Naked.

In 2017, NBC gave him his own sitcom, "Marlon," for a 10-episode run. In September 2017, "Marlon" got renewed for a second season by NBC, which is now available on Netflix. "Marlon" was canceled in 2018. Marlon  was loosely based on Wayans' own life.

He went to high school with Jennifer Aniston, who is a few years older than Marlon.

Has been good friends with Omar Epps since their childhood. He is friends with Duane Martin and Pamela Anderson.

He's afraid of dogs, except for his kids' dog, a labradoodle named Shilow after Shiloh Jolie-Pitt.

His favorite comedians are Richard Pryor and Eddie Murphy. His favorite rappers are Jay Z, Nas, and Biggie.

Wayans is a fan of the Pittsburgh Steelers and the New York Knicks. Wayans was close friends with rapper Tupac Shakur until his death in 1996.

In 2016, Marlon Wayans sold his home in Sherman Oaks, California for $1.5 million. He bought the home in 2006 for $1.525 million. The two-story Mediterranean, built in 2005, features open-plan living spaces, marble and hardwood floors, and French doors that open to a swimming pool and spa. The 4,130-square-foot home has five bedrooms and four and a half bathrooms. 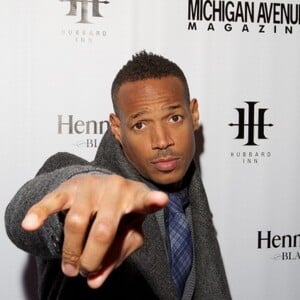