Mario Cantone net worth: Mario Cantone is an American comedian, actor, and writer who has a net worth of $3 million. Mario Cantone is best known for playing Anthony Marentino on Sex and the City and for his numerous appearances on Comedy Central. Mario Cantone was born on December 9, 1959 in Massachusetts. He began his professional career hosting a children's show called Steampipe Alley from 1988 to 1993. He went on to have a fairly successful stand-up career where he was known for his occasional campy impressions of entertainment personalities like Liza Minnelli, Judy Garland, Bruce Springsteen, Jim Morrison, and Bette Davis in addition to his original songs. Much of his comedy is derived from his boisterous Italian family, this is clearly evident in the role he played on the HBO series, Sex and the City. Cantone made his Broadway debut in 1995 in the Tony award-winning play Love! Valour! Compassion! Later that year, he appeared in a revival of The Tempest and several years later he did a workshop for The Lion King. In 2002, he created and wrote his own one-man show for Broadway and a year later starred as Gidger in The Violet Hour in a part that was specifically written for him. He has appeared in the Comedy Central roasts of Joan Rivers and Denis Leary, and was featured on the segment, "Ask a Gay Dude" on Comedy Central's Chappelle's Show. In October 2011, Cantone married his partner of 20 years, musical theater director Jerry Dixon. Their ceremony was officiated by pastor Jay Bakker. 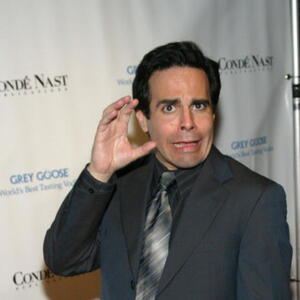