While in school, she began performing stand-up comedy around Minneapolis, getting her start at Stevie Ray's Comedy Cabaret. Bamford appeared on Comedy Central and Showtime's "The Comedians of Comedy", "Arrested Development", and in "Louie" with Louis CK. She has voiced several animated characters, including Shriek of "CatDog", Mrs. Botsford, Leslie, and Violet on "WorldGirl", and Pema on "The Legend of Korra". Bamford has written and starred in skits for Funny or Die and on the web series "Ask My Mom". She has four comedy CDs, a DVD, and one web download, including 2003's "The Burning Bridges Tour", 2007's "How to WIN!", 2009's "Unwanted Thoughts Syndrome", 2012's "The Special Special Special!", and 2013's "Ask Me About My New God!". Bamford also appears on several compilations with other comedians such as 2007's "The Comedians of Comedy: Live and the Troubadour" and "Comedy Death-Ray". She has publicly discussed her diagnosis of bipolar disorder, which frequently appears in her comedy routines. More recently Maria has starred in the Netflix show "Lady Dynamite." 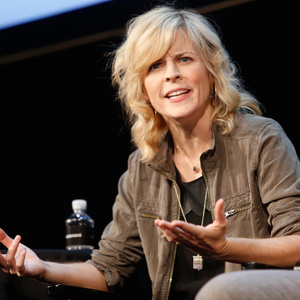