Early Life: Margaret Cho was born Margaret Moran Cho on December 5, 1968, in San Francisco, California. Her parents, Seung-Hoon and Young-Hie, moved to the U.S. from Seoul, Korea, in 1964, and Margaret's father was deported a few days after her birth because he hadn't obtained a work permit. He later returned to San Francisco and ran the Paperback Traffic bookstore with his wife and wrote joke books. The family lived in a neighborhood full of "old hippies, ex-druggies, burn-outs from the 1960s, drag queens, Chinese people, and Koreans" near Ocean Beach. Cho was bullied in school, and in a 2010 interview with "People" magazine, she stated "When I was a teenager, I was bullied a lot, and I felt very insecure and very scared, and I didn't want to live."

Margaret was molested by a friend of the family from the ages of 5 to 12, and when she was raped by an acquaintance in high school, her classmates bullied her instead of showing compassion, telling her "You are disgusting, and you deserve to be raped." Cho was expelled from Lowell High School for skipping class and getting bad grades during her freshman and sophomore years, then she attended J Eugene McAteer High School but dropped out during her senior year. She then attended the San Francisco School of the Arts and joined the school's improv group, which also included future stars Aisha Tyler and Sam Rockwell. After graduation, Margaret enrolled at San Francisco State University to study drama, but she left before earning her diploma. Cho was a phone sex operator at age 15 and worked as a dominatrix later in life.

Career: Margaret started out doing stand-up comedy shows at a club that was next to her parents' bookstore, then spent a few years developing her act in other clubs. She began booking television appearances, performing on "Stand-Up Spotlight" (1988), "Comics Only" (1989), and "1/2 Hour Comedy Hour" (1991). In 1992, Cho had a small role on "The Golden Palace," a spin-off of the "Golden Girls" and appeared in the television film "Move the Crowd." She was soon hired to be Jerry Seinfeld's opening act, and around this time, she also appeared in the film "Angie" (1994) and guest-starred on "Red Shoe Diaries" (1993). In 1994, ABC began airing "All-American Girl," which was based on Margaret's stand-up act. The show aired 19 episodes, and after its cancellation, Cho began struggling with drug addiction and alcoholism. In 1996, she appeared in the film "It's My Party," and the following year, she was seen in the films "Face/Off," "Pink as the Day She Was Born," "Fakin' da Funk," and "Sweethearts." In 1999, Margaret starred in the one-woman show "I'm the One That I Want," which was named Performance of the Year by "New York" magazine.

Personal Life: Margaret is bisexual and has said that she's experienced in "in the area of polyamory and alternative sexuality." She married Al Ridenour on June 13, 2003, and filed for divorce in August 2015. Ridenour founded the performance troupe Art of Bleeding, and Cho took part in one of the group's performances in 2006. Margaret has also dated musician Chris Isaak and director Quentin Tarantino. Due to ABC executives criticizing her appearance, Cho dropped 30 pounds in just two weeks before filming the first episode of "All-American Girl." After she finished filming the episode, she was hospitalized for kidney failure. In 2016, Margaret went to rehab after her family and friends held an intervention. According to Cho, she was "drinking and suicidal and eating like a million pills," and she spent a year and a half in a treatment center, then moved to a sober-living facility.

Awards and Nominations: In 1994, Cho was named Funniest Female Stand-Up Comic at the American Comedy Awards, and she earned a Primetime Emmy nomination for Outstanding Guest Actress in a Comedy Series for "30 Rock" in 2012. She has been nominated for five Grammys: Best Comedy Album for "Revolution," "Cho Dependent," "Cho Dependent (Live In Concert)," and "American Myth" and Best Spoken Comedy Album for "I'm The One That I Want." Margaret received a CableACE Award nomination for her episode of "HBO Comedy Half-Hour" in 1995, and she earned an Online Film & Television Association award nomination for Best Guest Actress in a Comedy Series for "Sex and the City" in 2002. She has also earned nominations from the NAMIC Vision Awards (Best Performance Comedy for "Drop Dead Diva") and the Idyllwild International Festival of Cinema (Best Supporting Actress – Feature for "Faith Based"). In 2000, Cho received a Golden Gate Award from the Gay & Lesbian Alliance Against Defamation (GLAAD), and the following year, Lambda Legal gave her a Lambda Liberty Award for her role in raising awareness about "how false constructions of race, sexuality, and gender operate similarly to obscure and demean identity." She has earned the National Organization for Women's Intrepid Award, the American Civil Liberties Union's First Amendment Award, and an Asian Excellence Award for Outstanding Comedian, and San Francisco declared April 30, 2008, "Margaret Cho Day." 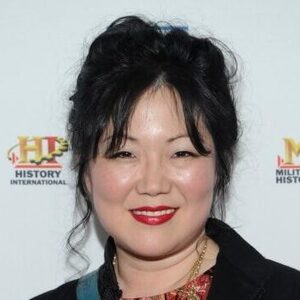