How much is Marc Maron Worth?

Marc Maron Net Worth and Salary: Marc Maron is an American stand-up comedian and actor who has a net worth of $4 million. Marc Maron is known for hosting a podcast entitled "WTF with Marc Maron." During this podcast, Marc interviews some of the biggest names in the entertainment world, and he has even interviewed figures such as Barack Obama. His Barack Obama interview was a high-point for the podcast, arguably the pinnacle, but Maron still earns roughly $1 million to this day from the program.

Outside of his famous podcast, Maron is an accomplished stand-up comedian who has appeared on a wide range of talk shows. In addition, Marc is known for hosting a number of shows. In terms of acting, Maron has starred in his own IFC series called "Maron," and he has taken roles in a number of other projects.

Early Life: Marc David Maron was born on September 27th of 1963 in Jersey City, New Jersey. Raised in a Jewish family in Wayne, New Jersey, Marc moved to Alaska at the age of six when his father joined the United States Air Force. Marc's father then moved to Albuquerque, New Mexico to start a medical practice as an orthopedic surgeon. Maron attended high school in Albuquerque until the 80s, at which point he attended Boston University. He studied literature, graduating in 1986 with a B.A. in English literature.

Career: Maron's stand-up career began at the age of 24, but he went largely unnoticed until moving to Los Angeles. At this point, he truly started to break through after performing at The Comedy Store, a famous comedy club in LA. Next, Marc relocated to New York City, becoming involved in the alternative comedy scene that was evolving in this city. During the 90s, he subsequently made a number of appearances at the Boston Comedy Club. Although he unsuccessfully auditioned for "Saturday Night Live" in the mid-90s, Maron pushed forward with his career and continued to appear in various comedy clubs.

He was also able to find early television work as a host for "Short Attention Span Theater," Comedy Central Presents," and other projects. His voice was used in various episodes of "Dr. Katz, Professional Therapist." By the year 2000, Maron had created his own one-man show called Jerusalem Syndrome, which became a popular off-Broadway production. He later adapted the play into a book. Years later, Marc would create another one-man show called "Scorching the Earth."

After touring with Eugene Mirman and Andy Kindler, Maron had his first taste of podcasting with "Breakroom Live with Maron & Seder," which was a collaboration with Sam Seder. The webcast was later broadcast on television, although it was canceled in 2009. In 2013, Marc released his first comedy special on Netflix, which was entitled "Marc Maron: Thinky Pain." In 2015, he followed up with another special called "More Later."

Outside of stand-up comedy, Maron has become famous for radio and podcasting. Early radio gigs came with Air America's "Morning Sedition," which was a heavily left-leaning political radio show. In 2006, he started hosting "The Marc Maron Show" on a Los Angeles radio station. In 2009, he started the "WTF with Marc Maron" podcast. The podcast takes an interview format, and it has become incredibly popular. A number of notable guests have appeared on the podcast, including Leonardo DiCaprio, Barack Obama, Robin Williams, and Louis C.K. The last guest was interviewed in an episode that has been called the number-one podcast of all time.

In addition, Marc Maron has booked a number of acting roles over the years. Although he had a few relatively minor roles prior to 2013, he then created and starred in a series called "Maron," which aired on IFC. The series is loosely based on Marc's own life experiences, and it ran from 2013 to 2016. Maron then booked a role in the Netflix series "Easy." In 2017, he landed a co-starring role in the Netflix series "GLOW," which was nominated for a number of awards. In 2019, Maron booked a role in the film "Joker" alongside Joaquin Phoenix. Marc is also known for his voice acting credits on shows like "Harvey Breaks" and "Metalocalypse."

Substance Abuse: Marc Maron has admitted on numerous occasions that he has a history of drug and alcohol abuse. Although this situation was quite serious during the 90s, Maron has been sober since 1999.

Relationships: Maron's first marriage was to Kimberly Reiss. After separating from Reiss, Marc married Mishna Wolff, who was also a stand-up comedian at the time of the relationship. At some point around 2007, Marc separated from Wolff in what has been called a "bitter divorce." Divorces and marital issues are often a central theme for Maron's stand-up routines.

Maron then became engaged to Jessica Sanchez, although he announced in 2013 that the relationship was over. In addition, he has dated actress and author Moon Zappa and visual artist Sarah Cain. The latter relationship ended in 2019, and that year Maron announced that he was in a relationship with director Lynn Shelton. In 2020, Shelton passed away.

Real Estate: In 2018, it was reported that Marc Maron had successfully sold his home in Highland Park for $920,000. He originally purchased the property back in 2003 for approximately $375,000. While the house itself is certainly an attractive prospect, the detached garage is probably the most notable aspect of the entire property. This garage was where Marc recorded countless episodes of "WTF with Marc Maron", including the Barack Obama interview. He originally listed the residence for $750,000, but for whatever reason, a bidding war erupted and the price ballooned by over $170,000.

That's quite an impressive profit margin for a real estate deal, especially when you consider the fact that the house itself offers just 932 square feet of living space. That being said, the residence has a large outdoor area thanks to an 8,114-square-foot lot, complete with an attractive patio and wooden deck. Many observers believe that the house was sought after because of its historical and cultural value. 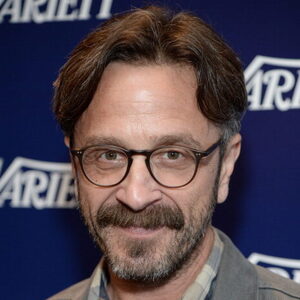