Lynne Koplitz Net Worth: Lynne Koplitz is an American actress and comedian who has a net worth of $500 thousand. Lynne Koplitz was born in Long Island, New York, in 1969, and studied theatre arts at Troy University in Alabama. She started performing in Knoxville, Tennessee, before moving back to her home state. She started hosting the national dating and relationship show "Change of Heart" and participated in a 2002 Comedy Central roast of Chevy Chase. She hosted "Life & Style" before appearing as herself on "The Greg Giraldo Show". She landed a "Comedy Central Presents" special before starring in the documentary "History of the Joke". Koplitz has also appeared on "The Smoking Gun Presents: World's Dumbest", "Gotham Comedy Live", "The View", "Jenny McCarthy's Dirty Sexy Funny", "Joan & Melissa: Joan Knows Best?", and "Comedy Underground with Dave Attell". Koplitz starred in 20 episodes of "Z Rock" as Dina from 2008 until 2009 and appeared as Olivia Danes in 2014's "Gays: The Series". She competed as a contestant on "Last Comic Standing" in 2014. Koplitz has also hosted "How to Boil Water" and "Shop & Style". She performed at the Montreal Comedy Festival and frequently tours the country, cracking jokes at universities and in comedy clubs 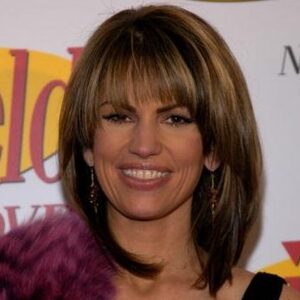