What was Louie Anderson's Net Worth?

Louie Anderson was an American stand-up comedian, actor, writer, producer and game show host who had a net worth of $10 million at the time of his death. Anderson enjoyed a long and extremely successful career in comedy. Unfortunately, Louie died on January 21, 2022 at the age of 68.

Louie earned a Primetime Emmy for his performance as Christine Baskets on the FX series "Baskets" (2016–2019), and he hosted "Family Feud" from 1999–2002. He created the 1996 sitcom "The Louie Show," and he produced the television documentary "Louie Anderson Presents" (2011) and the comedy special "Louie Anderson: Big Underwear" (2018).

Louie Anderson was born Louie Perry Anderson on March 24, 1953, in Saint Paul, Minnesota. He grew up with mother Ora (a Mayflower descendant), father Andy, and 10 siblings. During a 2016 appearance on the podcast "WTF with Marc Maron," Louie revealed that his mother had given birth to 16 children, but the first child and two sets of twins died in childbirth. Anderson has said that his father was an alcoholic and that he was abusive. Louie attended Johnson Senior High.

Louie made his television stand-up comedy debut on "The Tonight Show Starring Johnny Carson" on November 20, 1984, then he performed on "The 9th Annual Young Comedians Special" (1985), "The Late Show" (1986), and "Comic Relief '87." His first film was 1984's "Cloak & Dagger," and in 1986, he appeared in the films "Quicksilver," "Ferris Bueller's Day Off," and "Ratboy" and guest-starred on "Remington Steele." From 1986 to 1988, Anderson was a panelist on "The New Hollywood Squares" 13 times, and in 1988, he starred in the film "The Wrong Guys" and co-starred with Eddie Murphy, Arsenio Hall, and James Earl Jones in "Coming to America." Louie reprised the role of Maurice in the 2021 Amazon Prime Video sequel, "Coming 2 America."

In 1989, Anderson guest-starred on "The Jim Henson Hour" and starred in the comedy special "Louie Anderson: Mom! Louie's Looking at Me Again." In 1995, he created the animated Fox Kids series "Life with Louie," which aired 39 episodes over three seasons and earned Anderson two Daytime Emmys. In 1996, he starred as Louie Lundgren on "The Louie Show," which ran for six episodes, and played himself in the film "Mr. Wrong." Anderson hosted "Family Feud" from 1999 to 2002, and he guest-starred on "Ally McBeal" in 2000 and "Nash Bridges," "Scrubs," and "V.I.P." in 2001. 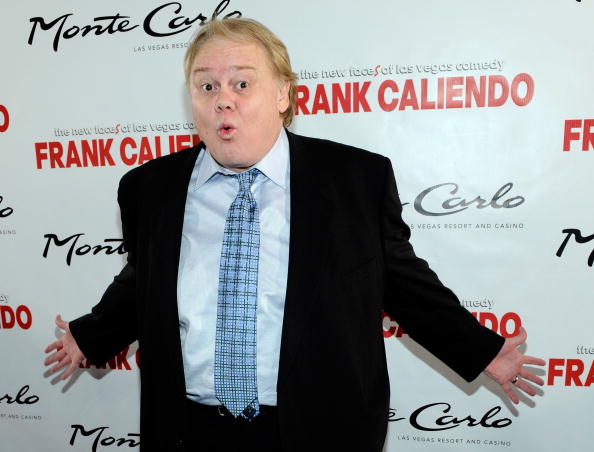 In 2001, Louie won $31,000 on "Weakest Link," and in 2005, he appeared in the film "Back by Midnight" and guest-starred on "Half & Half" and the "Friends" spin-off "Joey." He lent his voice to "The Grim Adventures of Billy & Mandy" and "Tom Goes to the Mayor" in 2006, and he appeared in the film "Cook Off!," which premiered at the 2007 US Comedy Arts Festival and was then shelved until 2017. In 2012, he starred in the comedy special "Louie Anderson: Big Baby Boomer," and he released his next special, "Louie Anderson: Big Underwear," in 2018. In 2016, Anderson portrayed Winston Churchill on "Drunk History" and began starring as Christine Baskets on "Baskets" alongside Zach Galifianakis (who co-created the show) and Martha Kelly. The series aired 40 episodes over four seasons and earned Louie two awards and several nominations.

In 2017, he played himself in the Adam Sandler film "Sandy Wexler" and became a panelist on the syndicated game show "Funny You Should Ask," appearing in more than 200 episodes as of this writing. In 2020, Anderson guest-starred on "Young Sheldon" and had a recurring role as Bob Lunch on the critically-acclaimed series "Search Party."

Louie was married to his high-school sweetheart for four weeks in 1985. In 1997, he was blackmailed by Richard John Gordon, who threatened to tell tabloids that Anderson had allegedly sexually propositioned him in 1993 at a casino. Afraid that his family-friendly image would be damaged, Louis paid Gordon $100,000, but when the man demanded $250,000 in 2000, Anderson's lawyer got federal authorities involved. Gordon led FBI agents on a high-speed chase in Los Angeles before being arrested and sentenced to 21 months in prison.

Louie has struggled with alcoholism and drug addiction, and in a 2006 interview with the Las Vegas Review-Journal, he stated:

"My whole life, I don't know if I was just brought up to be tempted. From food to drink to gambling, all those things are in my family. We're like a prototype to the addiction world." He added, "When you get older, you just get smarter. I've gone through the programs and I'm in recovery. I used to take drugs and drink to try to kill myself. Now my doctor's my dealer. He gives me drugs to try to keep me alive. It's gone full circle." 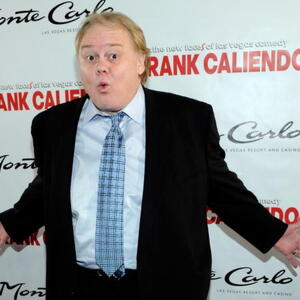