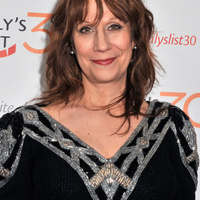 Lizz Winstead net worth: Lizz Winstead is an American media personality and blogger who has a net worth of $15 million dollars. Lizz Winstead was born in Minneapolis, Minnesota, and began working as a stand-up comic in the early 80s. She was very successful, and headlined such shows and programs as the Aspen Comedy Festival, "Women of the Night" on HBO, and "Women Aloud" on Comedy Central. She went on to produce "The Jon Stewart Show", the pilot of "The Man Show", and created "Snap Judgement". She co-created "The Daily Show", and served as its Head Writer for many years, as well as hiring many of the comedians/writers, including Stephen Colbert and Lewis Black. She has appeared as a guest commentator on multiple shows, including, "Politically Incorrect" and "Tough Crowd with Colin Quinn". She co-founded Air America Radio, is a contributing blogger for The Huffington Post, regularly appears on MSNBC's "The Ed Show", and recently published her first book, "Lizz Free or Die".