Link Neal net worth: Link Neal is an American YouTube personality, comedian, and actor who has a net worth of $20 million. He is best known for being one half of the Internet comedy duo Rhett and Link with Rhett McLaughlin. The duo is known for their viral videos and comedy songs as well as their television series Rhett & Link: Commercial Kings, which aired on the Independent Film Channel. They are among the most-popular and highest-paid YouTubers in the world. In 2020 alone they earned a combined $20 million.

Early Life: Charles Lincoln "Link" Neal III was born in Boone Trail, North Carolina to Charles Lincoln Neal II and Sue Capps on June 1, 1978. When he was two years old, his parents divorced. Sue married her high school sweetheart, Jimmy Capps, and they moved to Buies Creek, North Carolina. He met Rhett McLaughlin, his collaborator on the Rhett & Link YouTube channel, on September 4, 1984, on the first day of first grade at Buies Creek Elementary School in Buies Creek, North Carolina. The two boys got in trouble for writing swear words on their desks and their first-grade teacher, Ms. Locklear, had them stay inside during recess as a punishment. Their punishment was to color in pictures of mythical creatures and beasts including Paul Bunyan and unicorns. They bonded and became best friends. Link once described his and Rhett's friendship as something similar to fraternal twins who were separated at birth. Link went to the same elementary school, middle school, and high school, Harnett Central High School, as Rhett. When Rhett and Link were 14, they wrote a screenplay called "Gutless Wonders" and started making a film based on it. They only shot a couple of scenes and never finished the film. The screenplay was read, years later, during a number of episodes of "Good Mythical Morning." In high school, Rhett and Link shot a 25-minute parody of the story of Oedipus Rex. Rhett was Oedipus, and Link was his father's servant. Also in high school, the friends were members of a punk rock band called The Wax Paper Dogz. During high school, Link and Rhett made a blood pact, promising to do something "Big" and "Awesome" together in the future. They were both accepted into North Carolina State University, where they were roommates. Link graduated NC State University with a degree in Industrial Engineering in 2000. After graduating from college, Link went to work for IBM for a while before quitting to pursue his YouTube channel with Rhett full time.

YouTube Career: Today, Rhett and Link are the OG YouTube stars. They host the popular daily show Good Mythical Morning, on which they eat things like Cheetos flavored Pop-Tarts. They have four channels, a podcast, and two books.

In 2006, Rhett uploaded "Wolfpack or Tarheels?" to his personal YouTube channel. The video was of his 3-year-old son crying because the North Carolina State Wolfpack lost their rivalry game against the North Carolina Tar Heels. YouTube asked Rhett if it could feature the video on its home page, but Rhett and Link wanted one of their songs featured instead so they'd be known for that, not a viral video. The video was eventually removed for unknown reasons and they uploaded it to their Rhett & Link channel.

Rhett and Link joined YouTube on September 18, 2008. As of January 2020, their channel Good Mythical Morning has over 6 billion views and more than 16 million subscribers. They describe their channel: "Welcome to Good Mythical Morning with Rhett & Link! Tune in every Monday-Friday to watch us eat truly unbelievable things, explore surprising new products and trends, compete in original games with celebrity guests, implement serious experiments in hilarious ways, and more."

After being featured on YouTube's homepage and the subsequent release of "The Facebook Song" (their most viewed video for several years), Rhett & Link established a presence on the web. In September 2012 Rhett & Link uploaded a video of them singing "All Night Long" by Lionel Richie, recording over 11 hours of footage starting at 7:25 pm ET on the Santa Monica Pier and ending the all-night recording at 6:30 am on Mt. Wilson.

The duo had a television show, "Rhett & Link: Commercial Kings," which aired on the Independent Film Channel. The show chronicled the quest of Rhett & Link as they traveled the country making local commercials for small businesses. The ten-part docu-comedy is based on their successful web series I Love Local Commercials.

Rhett and Link won a Shorty Award in 2016 for Best Web Series for Good Mythical Morning.

On February 22, 2019, it was revealed that Rhett and Link had acquired the SMOSH brand (Smosh, Smosh Games, Smosh Pit & ElSmosh) after the channel's former parent company, Defy Media, had gone into liquidation.  Ian Hecox, the co-founder of Smosh, explained that under the Mythical Entertainment banner, the channel would have full creative freedom and launch its own podcast, known as the SmoshCast. They reportedly paid $10 million to acquire SMOSH.

Personal Life: During his junior year of college, Link met Christy White at a rollerskating rink. They got married in 2000 in Kinston, North Carolina. They have three children together, Lillian Grace Neal, Charlies Lincoln Neal IV, and Lando James Neal.

Salary Highlights: In 2019, Rhett and Link earned a combined $18 million from their various endeavors. That was enough to make them the fourth-highest YouTubers in the world for the year. In 2020 they earned $20 million.

Real Estate: In 2015, Link and his wife paid $1,265,000 in May (2015) for a remodeled 1960 residence of indeterminate architectural vernacular on .29-acre of land in the Los Angeles suburb of La Crescenta.  The 3,638-square-foot home has 3 bedrooms and 2.5 bathrooms plus a large master suite with glossy hardwood floors in the bedroom and a soaking tub in the bath.  The backyard features a pool. The $1.265 million he paid was $70,000 more than the asking price. The home is on a cul-de-sac located about a mile from Rhett and his family's home in the same La Crescenta neighborhood. 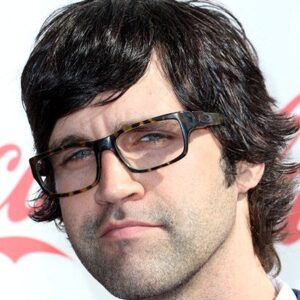