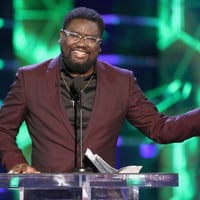 What is Lil Rel Howery's Net Worth?

Lil Rel Howery is an American actor and comedian who has a net worth of $4 million. Lil Rel Howery is perhaps best known for starring on the NBC television sitcom "The Carmichael Show" and playing TSA officer Rod Williams in the horror-comedy film "Get Out." He also starred on his own short-lived television sitcom, entitled "Rel." Howery's other credits have included such films as "The Photograph," "Judas and the Black Messiah," "Bad Trip," "Free Guy," "Vacation Friends," and "Deep Water."

Lil Rel Howery was born as Milton Howery Jr. on December 17, 1979 in Chicago, Illinois to Milton Sr. and Nancy. For his education, he went to Providence St. Mel School in the East Garfield Park neighborhood, and then transferred to Crane High School, a medical prep school. There, Howery wrote a comedy script for a senior talent show; this inspired him to decide to pursue a career as a comedian.

As a stand-up comic, Howery began performing on the East Side of Chicago. In 2012, he and a group of fellow comedians were slated to star on a revival of the television sketch show "In Living Color"; however, the series never made it to air.

Howery had his film acting breakthrough in his debut feature film, Jordan Peele's 2017 horror-comedy "Get Out." In the film, he plays TSA officer Rod Williams, the friend of Daniel Kaluuya's main character Chris Washington. "Get Out" was a huge success, grossing $255 million and earning four Academy Award nominations. Howery followed this with three films in 2018: the comedies "Tag" and "Uncle Drew" and the post-apocalyptic thriller "Bird Box." He was in three more films the following year: "Brittany Runs a Marathon," "Good Boys," and the animated sequel "The Angry Birds Movie 2," in which he voiced the character Alex. Howery had another productive year in 2020, appearing in the dramas "The Photograph," "Clouds," and "Home." In "The Photograph," he was reunited with his fellow "Get Out" costar LaKeith Stanfield. 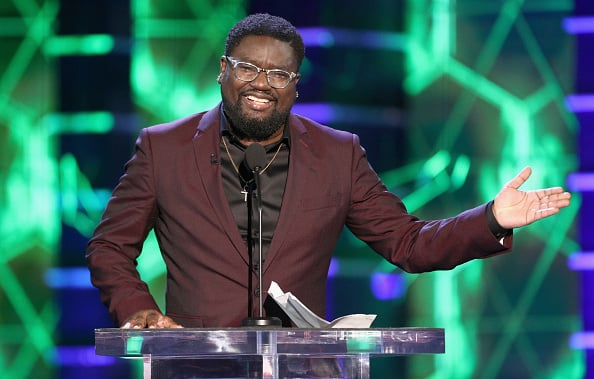 Howery had his most prolific year on the big screen yet in 2021, appearing in a whopping eight films. First, he played an undercover FBI agent in the biographical crime drama "Judas and the Black Messiah," starring his "Get Out" costars Daniel Kaluuya and LaKeith Stanfield. Next, Howery lent his voice to the live-action/animated comedy "Tom & Jerry," and starred opposite Eric André in the Netflix hidden camera comedy "Bad Trip." His subsequent 2021 films were the dramedy "Fatherhood," starring Kevin Hart; the live-action/animated comedy "Space Jam: A New Legacy"; the action comedy "Free Guy," in which he starred opposite Ryan Reynolds; the Hulu buddy comedy "Vacation Friends"; and the sports drama "National Champions," with J. K. Simmons, Stephan James, and Alexander Ludwig, among others. Howery continued his busy work schedule in 2022 with five films: "I Love My Dad," "Spin Me Round," "Deep Water," "Luck," and "The Out-Laws."

Howery's first major television credits came in 2014 on the TruTV sketch comedy series "Friends of the People." In addition to starring on the show, he also served as a writer and producer. Howery was subsequently given his first solo stand-up special, "Kevin Hart Presents: Lil Rel: RELevent," in 2015. That same year, he landed his biggest television role yet on the NBC sitcom "The Carmichael Show," playing the brother of Jerrod Carmichael's character. The show ran for three seasons before being canceled in 2017. Howery next had a recurring role on the dramedy series "Insecure," playing the character Quentin in the show's second season. From 2018 to 2019, he starred on his own sitcom, "Rel," which aired on Fox. The series was ultimately canceled after a single season.

In 2019, Howery lent his voice to the animated series "Rapunzel's Tangled Adventure" and "The Adventures of Rocky and Bullwinkle," and began another voice-acting role on Cartoon Network's "Craig of the Creek." He also appeared in three episodes of the sitcom "South Side" as well as an episode of the sketch comedy series "A Black Lady Sketch Show." Next, in 2020, Howery had a guest role in the third season of the drama series "The Chi." Among his other credits, he served as the host of the 2021 game show "Small Fortune," based on the eponymous British series. The show was canceled after one season.

In late 2008, Howery wed Verina Robinson. They had two children before eventually divorcing in 2017.

Howery was engaged in a heated altercation in 2016 when he was the passenger in a car that hit another car in Chicago. The driver of the other car got into a fight with Howery, and called the police claiming that Howery had struck him in the face. Meanwhile, the driver of the car Howery was riding in drove away. Howery was arrested by the police for misdemeanor battery, but was ultimately found innocent.