What is Lewis Black's Net Worth?

Lewis Black was born Lewis Niles Black on August 30, 1948, in Washington, D.C. His mother, Jeannette, was a teacher, and his father, Samuel, was a mechanical engineer and an artist. Lewis and his younger brother, Ronald, grew up in a Jewish household in Silver Spring, Maryland; sadly, Ronald passed away from cancer in 1997. Black attended Springbrook High School, and after graduation, he enrolled at the University of Maryland, College Park, then transferred to the University of North Carolina at Chapel Hill after a year. At UNC, he was a member of the Pi Lambda Phi International fraternity and Student Congress, and he studied playwriting. After earning his degree in 1970, Lewis moved back to Washington, D.C. and took a job at the Appalachian Regional Commission. He continued to write plays, and he began performing stand-up comedy at a local tavern called the Brickskeller. He later attended Yale School of Drama, graduating with an MFA degree in 1977. Black was the associate artistic director and playwright-in-residence at West Bank Cafe Downstairs Theatre Bar in New York City, and he worked on numerous one-act plays with artistic director Rand Foerster and lyricist Rusty Magee in the 1980s. Lewis and Rusty also wrote a musical, "The Czar of Rock and Roll," and it premiered at the Alley Theatre in Houston in 1990. 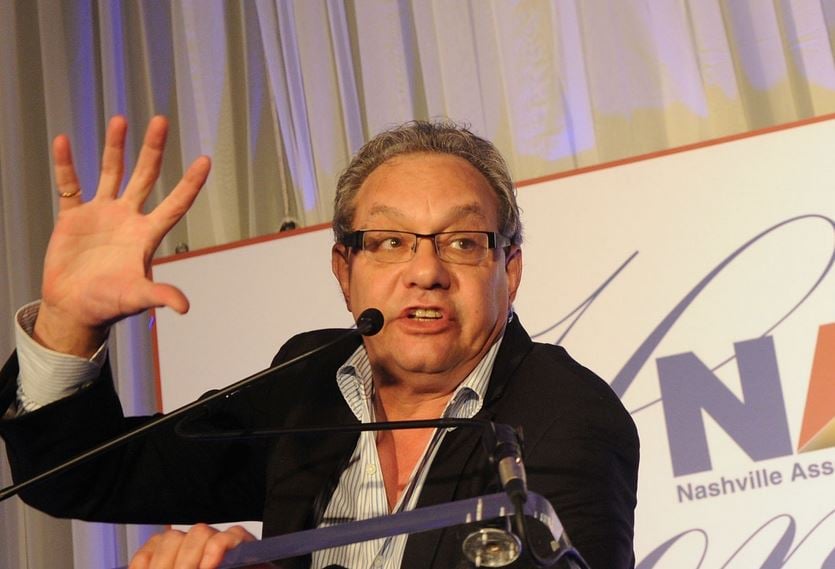 Lewis got married when he was 26 years old, and the marriage ended 10 months later. In 2000, Black, fellow stand-up comic Jim Norton, and 13 other people were arrested after "The Opie and Anthony Show" hired The Voyeur Bus to drive around Manhattan and promote the show. Several topless women were on the bus, and it drove onto a street that had been cleared for Bill Clinton's presidential motorcade. A police source said that the arrests were made because "it was creating a crowd condition…they were flashing everybody." Black and Norton were released after "about 18 hours," according to Lewis, and he spoke about the arrest on "The Daily Show" the following night. Lewis has performed on three USO tours to entertain the troops, and he has supported numerous charities, including the Cystic Fibrosis Foundation, Michael J. Fox Foundation, Rusty Magee Clinic for Families and Health, and Fifty Second Street Project. In 2012, the ACLU of Georgia honored Black with the National Civil Liberties Award, and the ACLU named him an "ambassador for voting rights" in 2013.

Black won an American Comedy Award for Funniest Male Stand-Up Comic in 2001, and he earned a Primetime Emmy nomination for Outstanding Variety, Music or Comedy Special for "Lewis Black: Red, White and Screwed" in 2007. He has received five Grammy nominations for Best Comedy Album, winning for "The Carnegie Hall Performance" in 2007 and "Stark Raving Black" in 2011. Lewis earned an Online Film & Television Association Award nomination for Best Guest Actor in a Drama Series for "Law & Order: Special Victims Unit" in 2004, and he received a Teen Choice Award nomination for Choice Movie: Hissy Fit for "Inside Out" in 2015. He has earned five Behind the Voice Actors Award nominations, taking home the BTVA People's Choice Voice Acting Award for Best Male Vocal Performance in a Feature Film in a Supporting Role and Best Vocal Ensemble in a Feature Film for "Inside Out." The cast also won the BTVA Feature Film Voice Acting Award for Best Vocal Ensemble in a Feature Film.